US President Donald Trump called for Saudi Arabia to end the blockade against Yemen on Wednesday, in a sideswipe that some analysts saw as retribution for Saudi criticism of the US recognition of Jerusalem as Israel's capital.

"I have directed officials in my administration to call the leadership of the kingdom of Saudi Arabia to request that they completely allow food, fuel, water, and medicine to reach the Yemeni people who desperately need it," Trump said in a statement.

"This must be done for humanitarian reasons immediately."

The announcement came after the kingdom condemned the decision by Trump this week to relocate the US embassy from Tel Aviv to Jerusalem and recognise the latter as the capital of Israel.

In a rare rebuke to an otherwise close ally, the Saudi royal court issued a statement on Tuesday warning that the mood would "inflame" Muslim anger.

"The custodian of the two holy mosques asserted to his excellency the US president that any American announcement regarding the situation of Jerusalem prior to reaching a permanent settlement will harm peace talks and increase tensions in the area," state news agency SPA said.

It quoted King Salman as saying that Saudi Arabia supported the Palestinian people and their historic rights and asserted that "such a dangerous step is likely to inflame the passions of Muslims around the world due to the great status of Jerusalem and the al-Aqsa mosque".

On Thursday, following Trump's call for the blockade to be lifted, Saudi issued a considerably harsher denunciation of the embassy move, branding it an “unjustified and irresponsible step”.

The kingdom also said the move represents “a big step back in efforts to advance the peace process” and said it was “a violation of the US neutral position regarding Jerusalem”.

Chris Doyle, director of the Council for Arab-British Understanding, suggested on Twitter that it was a tit-for-tat exchange.

Could @realDonaldTrump really only have tweeted about the Yemen blockade because Saudi did not support his #Jerusalem announcement?

Fighting in Yemen's capital Sanaa has spiked in recent days during a showdown between Houthi rebels and loyalists of Yemen's ex-president Ali Abdullah Saleh.

Saleh was killed at the hands of Houthi rebels on Monday and clashes over the past week have seen streets blockaded by warring factions, trapping residents in their homes.

The International Committee of the Red Cross said on Tuesday that at least 234 people had been killed and another 400 wounded since 1 December.

Riyadh and its allies accuse their arch-rival Iran of arming the Houthis in Yemen. Tehran denies the accusation.

More than 10,000 people have been killed since Saudi Arabia and its allies joined the government's fight against the Houthis in March 2015, triggering what the UN has called the world's worst humanitarian crisis.

The port of Hodeida is the main conduit for UN-supervised deliveries of food and medicine to Yemen, where poverty has been compounded by war and the blockade on ports and airports imposed by the Saudi-led coalition. 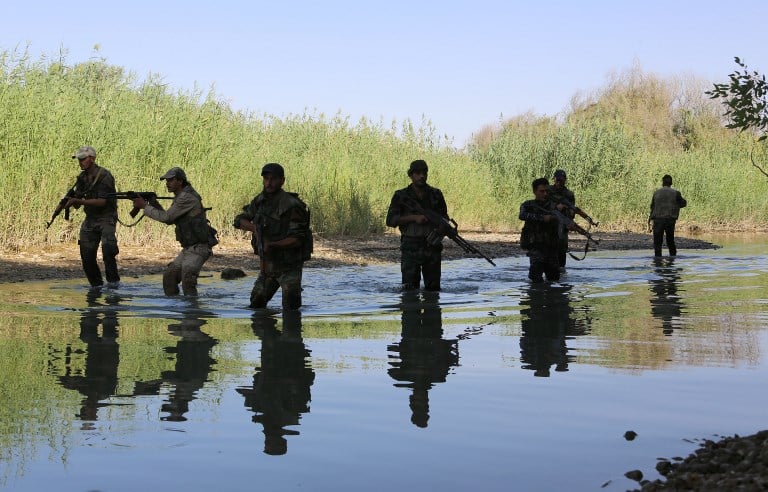