LONDON: The UK is looking to strengthen economic ties with the Gulf during a visit by Charles Bowman, the new lord mayor of the City of London, to Saudi Arabia and the UAE next week.

Speaking to journalists on Friday ahead of the visit between Dec. 10 and 13, Bowman outlined objectives to advance UK city partnerships in line with recent developments in the region.

His program, which includes stops in Riyadh, Jeddah, Abu Dhabi and Dubai, will include meetings with senior members of the government, investment authorities, regulators and business leaders.

“In both Saudi Arabia and the UAE there are really interesting dynamics happening, not least with regard to Vision 2030,” he said.

He described Vision 2030, Saudi Arabia’s ambitious blueprint for social and economic reform, as “a significant change and a big opportunity,” and emphasized the scope for a “mutual win win.”

“We fervently believe that the offer from the UK and UK corporate world can be mutually advantageous,” he said.

Speaking after the announcement of a “breakthrough” Brexit deal, Bowman expressed confidence that a post-Brexit UK would retain its pre-eminence in the financial and professional services sector and described the news as “a great step forward.”

This will be the new Lord Mayor’s first international trip as he looks to consolidate economic ties with Gulf countries and ensure that the UK remains the regional partner of choice for financial and professional services.

In particular, Bowman said he aims to advance city business interests around capital markets, asset management and advisory, while in the UAE the focus will include capital markets, professional standards and Islamic finance.

“I am delighted to support Saudi Arabia’s wide-ranging Vision 2030 agenda that the crown prince is encouraging — it contains many new and wonderful opportunities to develop the nation,” he said.

“As the leading financial center in the world, the UK has a huge representation of world-class firms with the right expertise and experience that can partner Saudi Arabia and the UAE with their economies and their ambitious infrastructure projects. I am looking forward to what I am certain will be a productive few days.”

The UAE leg of the visit will include meetings with the Abu Dhabi Investment Authority and Mubadala sovereign wealth funds, the Department of Finance, the Central Bank, Abu Dhabi’s Financial Services Regulatory Authority, Abu Dhabi Global Market, the Dubai International Financial Centre and a host a number of roundtables on fintech, legal services and taxation.

“The Gulf nations, in particular Saudi Arabia and the UAE, have always been hugely important and longstanding economic partners for the UK. I hope that my visit will build on this and further strengthen the financial ties that bind us.” 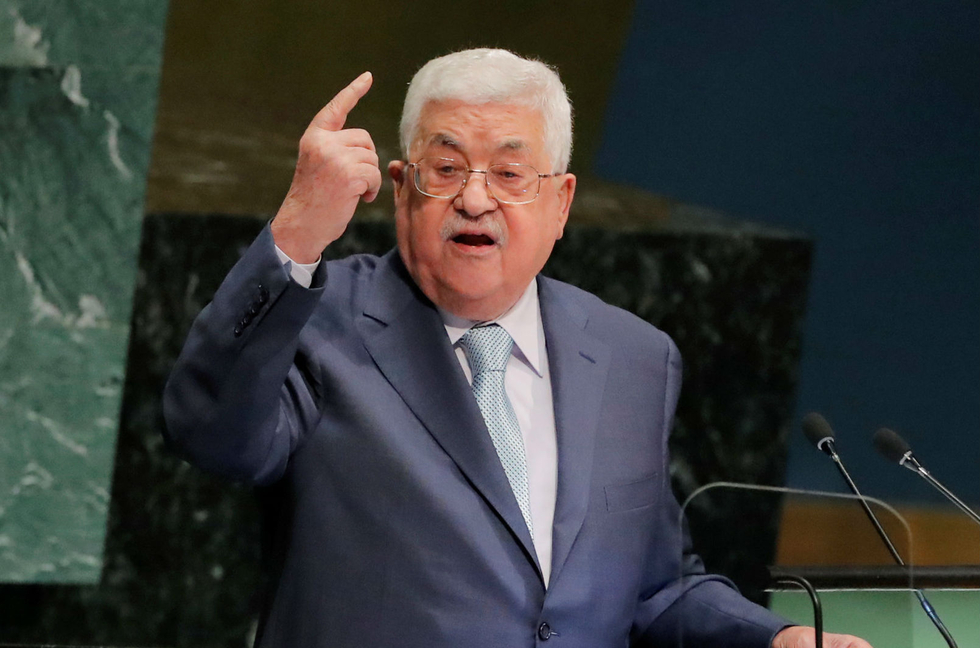 Abbas slams ‘biased’ US, calls on Trump to backtrack on pro-Israel moves