ISTANBUL, Turkey – To chants of "Palestine is not alone," "Hit Zionism, hit it, hit it," and amid a sea of Turkish and Palestinians flags, thousands of people gathered in Istanbul on Sunday, buffeted by strong winds and rain, to protest against the US president's decision to recognise Jerusalem as Israel's capital.

US President Donald Trump's announcement on Wednesday has struck a raw nerve with the Turkish public, and protests have been held in various parts of the country since.

We do not accept this decision. We will do whatever we can to oppose it

"We do not accept this decision. We will do whatever we can to oppose it. It is unacceptable. Damn the Zionists," Hatice Karakas, a housewife in her 40s, told Middle East Eye as the crowd chanted "Down with the United Sates, down with Israel".

Called for by the Islamist Saadet Party (Felicity), the protest received the backing of a number of NGOs, which mobilised to arrange a display of Turkish anger at the decision and the public's commitment to the beleaguered Palestinian people. Men and women were segregated at the protest.

"This is a matter of Islam. This is not about political parties. I would come even if the CHP [opposition secular party] arranged this," Reyhan Akca, a 54-year-old housewife, told Middle East Eye.

Turkish outrage at Trump's decision is to the extent that even former president, Abdullah Gul – who has largely kept silent on political developments since his term ended in 2014 – endorsed Sunday's protest and called Trump's decision a major provocation.

The world's Muslims have to reject this decision – from presidents and kings, to the man on the street

"Palestinians have lived under occupation for 50 years and been subjected to all forms of cruelty and injustice during this time. [Trump's decision] is not only a provocation against Palestinians and Arabs, but one against all the world's Muslims," Gul said in a video statement.

"The world's Muslims have to reject this decision – from presidents and kings, to the man on the street. Everybody should respond to this to the maximum extent without resorting to violence," said Gul.

At the protest venue, 22-year-old university student Betul Aydemir more urgent action than such gatherings offered, telling MEE: "These protest gatherings will get us nowhere. We need an Islamic union. The government needs to be more decisive."

Turkish President Recep Tayyip Erdogan has been engaged in intense telephone diplomacy over the last week trying to get Muslim leaders to come to Istanbul for an emergency summit of the Organisation of Islamic Cooperation (OIC) to discuss the latest developments over Jerusalem.

Erdogan, who as Turkish president is present chair of the rotating OIC presidency, wants the 57-member organisation to issue a joint statement of condemnation at the very least.

Erdogan, who has repeatedly warned of the consequences of Trump's move, lashed out Sunday by calling Israel a "terrorist state" and "state that kills children".

The OIC, founded in 1969 after an arson attack on the Al-Aqsa Mosque in Jerusalem, one of the holiest sites for Muslims, has been a largely toothless organisation unable to present a unified and firm stand.

The carrying over of feuds and rivalries to the body by various members such as Saudi Arabia and Iran are largely considered as the reason for the organisation's ineffectiveness.

No announcement has been made regarding confirmed attendees. Jordanian King Abdullah, another vocal critic of Trump's move, has said he will attend. Erdogan also suggested the Arab League would be represented.

A stand, a position that is more than just condemnation should appear

The Arab League held its own meeting on Jerusalem early on Sunday in Cairo and urged the United States to reconsider its decision. It also said it would seek a UN Security Council resolution to reject the US move it called a dangerous violation of international law.

But it remains unclear whether Erdogan will succeed in bringing all OIC leaders to Istanbul for Wednesday's summit and also to agree on a joint course of action.

Turkish Deputy Prime Minister Bekir Bozdag on Sunday said the OIC should do more than just condemn the move at the Wednesday summit.

"A stand, a position that is more than just condemnation, should appear," said Bozdag. 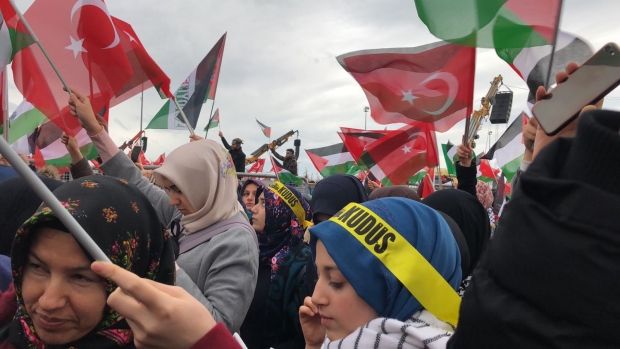 The approach of the Saudis and its allies has been the cause of intense debate, with questions being asked if they endorsed Trump's move in private.

Domestically, Erdogan, who tries hard to position himself as the leader of Muslims worldwide and the protector of their causes, is being viewed with doubt by all sides.

He was among the first to react to Trump's decision, calling the fate of Jerusalem a red line for Muslims. He is also trying to get a more global response via the OIC with him as chairman.

Secular critics, most of whom also condemned Trump's move and support the Palestinians, accuse Erdogan of playing to the gallery and exploiting the crisis to try to deflect attention from the crises engulfing him.

Islamists, many of whom say Erdogan and his version of the Justice and Development Party (AKP) have increasingly abandoned the party's original path, have accused the government of being less sincere for calculated reasons.

Elif Cakir, writing in the moderate Turkish newspaper Karar, said that before the AKP came to power the many public protests held in favour of the Palestinian cause were always more sincere, bigger and not concerned with what others would think. 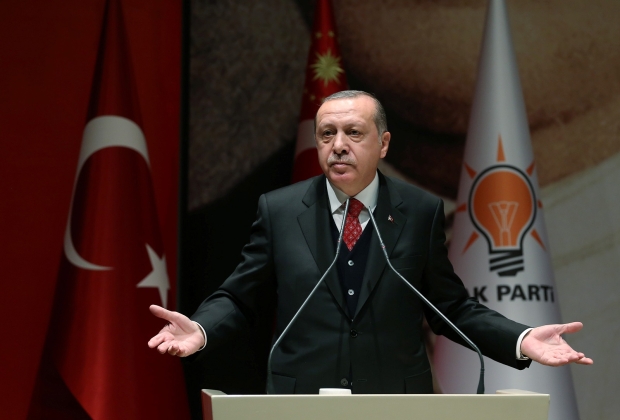 She was particularly critical of the government's stance after Trump became president and the lack of any strong response to his anti-Islamic positions and statements.

"We are left longing for those old days. Back then at least our squares filled up for protests without any calculations. Not like the calculations that are done today," wrote Cakir.

Akca, the housewife, said Turkey "needs to adapt smart policies and provide leadership" on the Palestinian and other Muslim-related issues.

Politics and political calculations aside, the past week has shown that, for the average person on the street in Turkey, Palestine remains a cause very dear to the heart.

Merve Alkis, a theology student who travelled from the central Anatolian city of Yozgat to attend the protest, told MEE: "Jerusalem is our first qiblah [direction towards which Muslims turn during prayer]. All Muslims must unite to protect it."

The post 'Palestine is not alone': Thousands in Istanbul stand up for Jerusalem appeared first on News Wire Now. 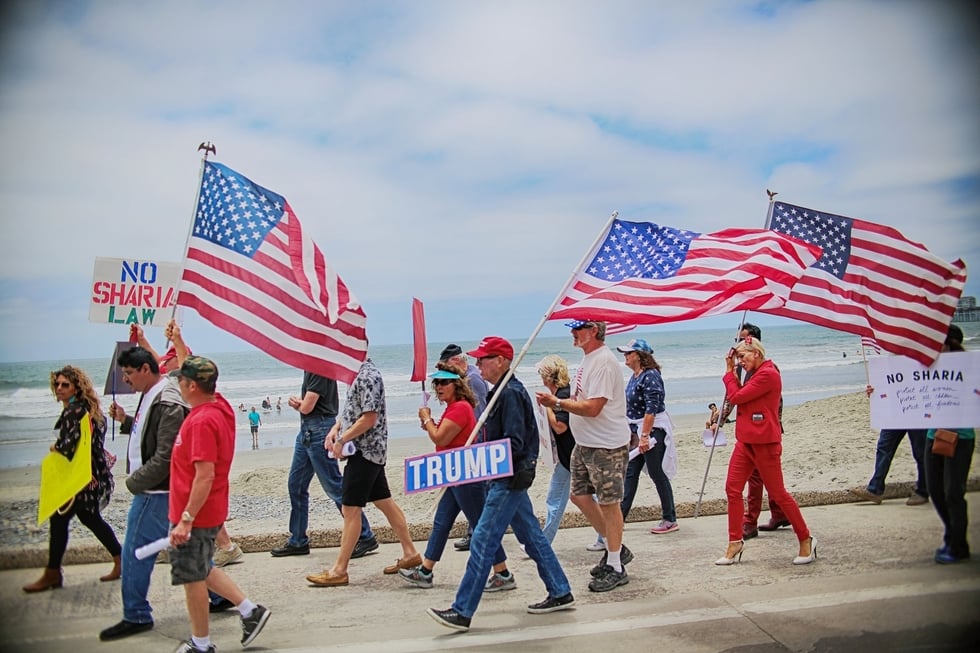