A Bangladeshi immigrant with a homemade bomb strapped to his body set off an explosion at a New York commuter hub during rush hour on Monday, wounding himself and three others in what New York Mayor Bill de Blasio called an attempted terrorist attack.

The suspect in the incident in Times Square subway station near the Port Authority Bus Terminal was identified as Akayed Ullah, 27, the New York Police Department commissioner said. The suspect had burns and lacerations while three other people, including a police officer, sustained minor injuries.

Ullah is from the Bangladeshi city of Chittagong and is a US resident, said the country's police chief. He had no criminal record there and last visited Bangladesh on 8 September, the chief said.

The Bangladeshi government also issued a statement condemning the attack.

"A terrorist is a terrorist irrespective of his or her ethnicity or religion, and must be brought to justice," a spokesman for the country's embassy in Washington said in an emailed statement.

The White House said the attack underscored the need for US immigration reforms.

The weapon was based on a pipe bomb and attached to the suspect, police said. New York state Governor Andrew Cuomo, speaking at a news conference near the site of the explosion, described the device as "amateur-level".

Cuomo told CNN the explosive in the pipe ignited, but the pipe itself did not explode. "So he wound up hurting himself; several others in the vicinity." He said the attacker apparently used the internet to obtain information on how to make a bomb.

At the news conference, De Blasio said the incident, which happened at the start of rush hour, was "an attempted terrorist attack".

"As New Yorkers our lives revolve around the subways. When we hear of an attack in the subways, it is incredibly unsettling," de Blasio said.

The incident occurred less than two months after an Uzbek immigrant killed eight people by speeding a rental truck down a New York City bike path, in an attack for which Islamic State (IS) group claimed responsibility.

In September 2016, a man injured 31 people when he set off a homemade bomb in New York's Chelsea neighbourhood.

More than 200,000 people use the Times Square station, the city's busiest, each weekday, according to the Metropolitan Transportation Authority. Ten train lines use the station.

SDF, Iraqi forces ‘coordinating’ border security ahead of IS downfall 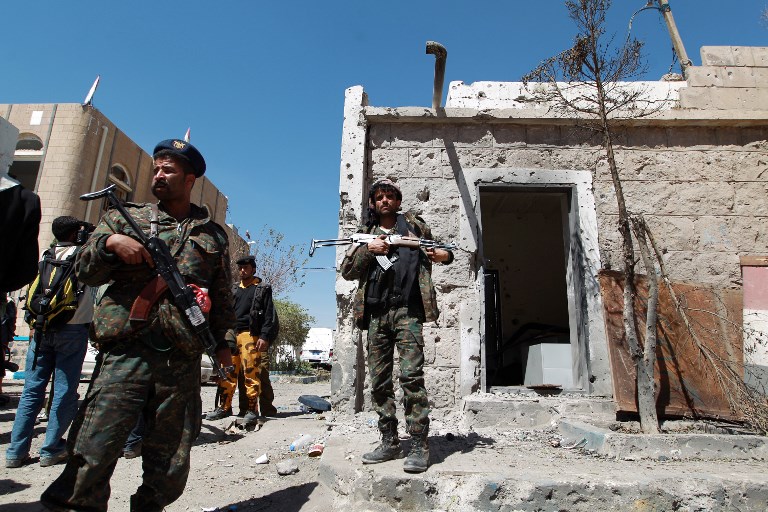