US Ambassador to the United Nations Nikki Haley unveils previously classified information intending to prove Iran violated UNSCR 2231 by providing the Houthi rebels in Yemen with arms during a press conference at Joint Base Anacostia in Washington, DC (AFP)

The US has accused Iran of violating UN resolutions as they presented evidence for the first time which purports to show Iranian weapons supplied to rebels in Yemen.

Speaking in front of the weapon fragments at the military hangar at Joint Base Anacostia-Bolling just outside of Washington, US Ambassador to the United Nations Nikki Haley said the evidence was the first step in a "push back" against the Islamic Republic's influence in the Middle East.

"You will see us build a coalition to really push back against Iran and what they're doing," Haley told a news conference, standing in front of what she said were the remnants of an Iranian missile fired by Houthi rebels from Yemen into Saudi Arabia.

"This is not just about the nuclear program. This is about everything else they're doing…Iran believes they have been given a pass."

The arms presented included charred remnants of what the Pentagon said was an Iranian-made short-range ballistic missile fired from Yemen on 4 November at King Khaled International Airport outside Saudi Arabia's capital Riyadh, as well as a drone and an anti-tank weapon recovered in Yemen by the Saudis.

Saudi-led forces, which back the Yemeni government, have been fighting the Iran-allied Houthis in Yemen's more than two-year-long civil war.

Iran's mission to the United Nations said in a statement on Thursday that the accusation by the United States was "irresponsible, provocative and destructive."

"These accusations seek also to cover up for the Saudi war crimes in Yemen, with the US complicity, and divert international and regional attention from the stalemate war of aggression against the Yemenis," the statement said.

The unprecedented presentation by the Pentagon is part of its follow-through on President Donald Trump's new Iran policy, which promises a far harder line toward Tehran.

Haley has called on the UN Security Council to take a tougher stance toward Iran, accusing Tehran of making illegal arms deals in Yemen, Lebanon and Syria.

A confidential report to the council says UN officials had examined debris from missiles fired at Saudi Arabia which pointed to a "common origin" but there was no firm conclusions as to whether they came from an Iranian supplier.

The report from UN Secretary-General Antonio Guterres, which was obtained by AFP, said the officials were still analyzing the information.

A separate team of UN experts who inspected the missile fragments during a visit to Riyadh last month found a possible link to an Iranian manufacturer, the Shahid Bagheri Industrial Group, which is on the UN sanctions blacklist.

The experts, who report to the sanctions committee, found a component marked by a logo similar to that of the banned group, which is a subsidiary of the Iranian Aerospace Industries Organization.

In his report, Guterres said officials had seen the logo but that they were still analyzing the information.

Recent Iranian missile launches have triggered US sanctions and accusations they violate the spirit of a 2015 nuclear deal between Tehran and major powers.

A Saudi-led coalition fighting rebels in Yemen imposed a blockade of Yemen's air and sea ports and borders after the missile was fired at Riyadh, citing concerns that weapons were being smuggled into Yemen.

The post US calls for anti-Iran coalition as it presents Yemen weapons evidence appeared first on News Wire Now. 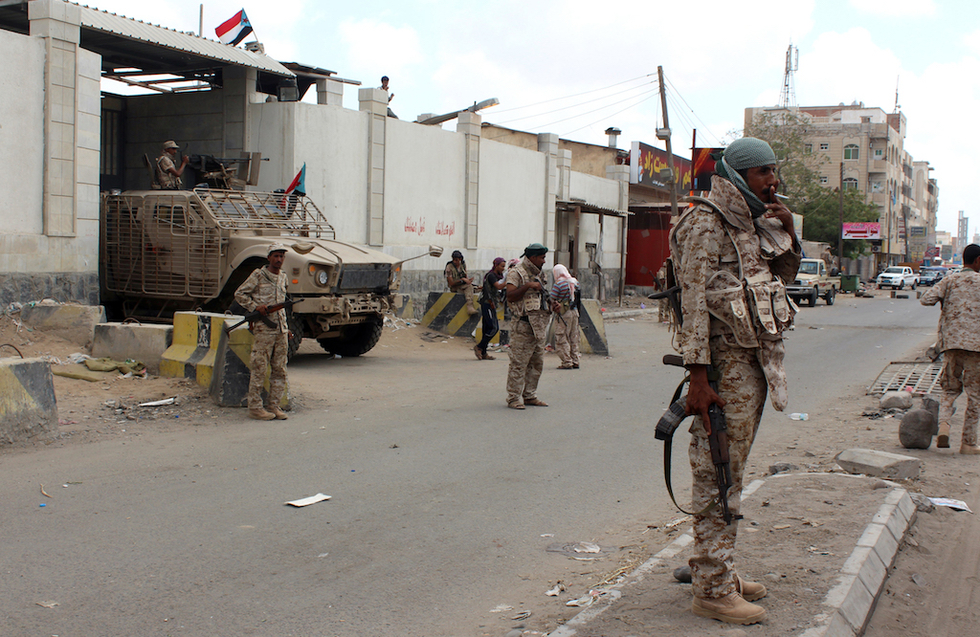 Saudi Arabia experiences a rise in volunteerism during Ramadan