ALGIERS – When most Algerians look out on the bay that bears their capital city’s name, they see relentless lines of waves marching in from the north to crash against its rocky shores, container ships waiting to unload at its commercial port, and ferries offloading the country’s emigrant masses on visits to the homeland from Europe.

The husband and wife, architects and partners in a perhaps slightly mad scheme to transform Algiers Bay, have been circulating the city’s cultural events and social networks since September, holding conferences and interviews promoting a $1.5bn suspension bridge that would traverse the bay’s vast mouth.

They envision a Y-shaped span, 17km from end to end, connecting the three distinct coastal regions of the city. It would carry automobile lanes, a light rail line and – surrounding the bridge’s main pillars -artificial islands served by ferryboats. It's a scheme that would transform not only Algiers’ transportation infrastructure but its skyline and the city’s view of itself.

The bridge is an audacious, almost iconoclastic idea, but it reflects an optimistic view of the future that Algerians clearly need more of right now: these are lean times for petro-states, and particularly for those like Algeria with large populations in proportion to their limited oil and gas production.

But public investment, like petroleum prices, cycles up as inevitably as it cycles down, and so the Baghlis think now is the moment to try to jump-start a public movement, or at least a public debate, on the merits of a bridge across the bay.

Connecting past, present and future

Algiers embraces the Mediterranean like few other capitals do on this sea. Perched on a 75-square-kilometre bay shaped like a crescent moon, the oldest part of the city, the Ottoman-era Casbah, spills down the mountainous slopes at the western tip of the crescent.

Surrounding the Casbah, majestic 19th- and early-20th- century colonial-era apartment buildings line the boulevards and narrow streets that crisscross the foothills above the commercial port with its cranes and silos and multicoloured stacks of shipping containers. This is the iconic city of the emigrant imagination, the Algiers of postcards and films.

But Algeria’s accelerating urbanisation – the city nearly doubles its population every decade – has meant vast growth, with new districts spreading east along the edge of the bay, and west and south along the formerly agricultural land on the inland side of the coastal hills. 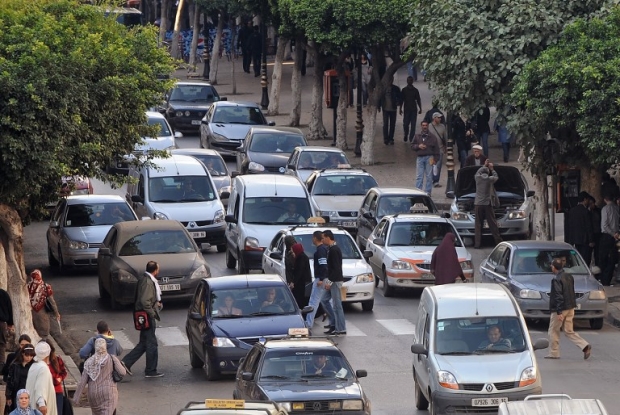 Traffic along the bayside highways crawls along bumper-to-bumper from dawn to dusk on workdays, in spite of a newly inaugurated subway line which was supposed to relieve the ever-worsening congestion.

The "Djisr al-Jazair" (Algiers Bridge) would extend out of Bab el-Oued, the French-colonial era neighbourhood just north of the Casbah, toward the middle of the bay. A second span would extend north from the Annassers Highway which links the city’s more recent central coastal sprawl to the populous interior. Both of these spans would arc toward the little fishing port of El Marsa at the eastern edge of the bay. 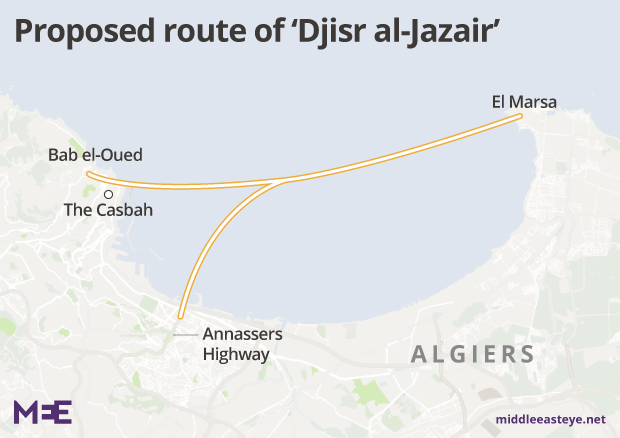 This last region of Metropolitan Algiers, much of it still open agricultural land, is rapidly urbanising. The bridge would thus neatly connect the city’s past, present and future, relieving its overcrowded coastal highways as well as being what Nacym Baghli calls “the founding act of a new Algiers”.

As he circulates Algiers promoting the bridge, Baghli, 45, exudes an infectious optimism, not just about his project, but about the outlook for the city itself.

Decades of unimaginative and increasingly unattractive public architecture, of bewilderingly failed urban planning, and a state bureaucracy that controls everything but directs nothing, have not dimmed his enthusiasm and confidence in the future of what remains a beautiful city.

At a well-attended recent public debate on the bridge project at Algiers University’s School of Architecture, the Baghlis received a very friendly reception from several of the country’s prominent architects. 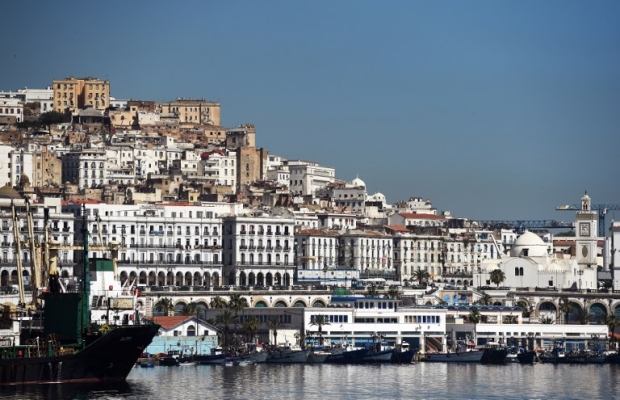 Algiers' Grand Mosque situated on the promenade along the Bay of Algiers with the old town, known as the Casbah, in the background (AFP)

“A project like this isn’t entirely about meeting a practical need,” architect and professor Nasser Kassab said following the Baghlis’ presentation. “A city also needs to construct an image for itself, and Algiers deserves a powerful gesture like this.”

One of the few criticisms came from Karim Mounir, a fellow architect, who suggested that the bridge would ruin or obstruct Algerians’ iconic vision of the city, what he called their “collective imagination of the white ramparts” of its colonial buildings and seawalls rising from the sea as you arrive or return to it by boat.

But Baghli’s response, and the design of the bridge itself, hint at how the project could redefine this mythical image. The park-covered artificial islands surrounding the bridge’s main pillars are intended to bring people out onto the bay to contemplate the city’s beauty from the sea, conveying the iconic image to a far wider audience.

Monument for a new generation?

To bring the project into existence will eventually require strong patrons within the state, something the Baghlis do not have yet. However, the government of the city of Algiers has recently asked for an informational presentation on the project, Nacym Baghli said. “We see this as a very positive signal, something that will allow the project to take on new force.”

Despite some recent coverage in the press and on television, the bridge project is far from having the broad public awareness it will need. Reactions to the idea from people not involved seem to range from the sceptical to the incredulous.

One young man, Yassine, called the idea of building the bridge 'nonsense' and a waste of money

Leaning on a railing and looking east across the bay toward where the bridge would terminate in the fishing port, one young man, Yassine, called the idea of building it “nonsense,” and a waste of money.

But equivalent amounts of money are presently being spent on projects with even less objective value for the city’s infrastructure. The bridge’s gargantuan price tag, as well as its skyline-altering profile, invites an obvious comparison to the city’s ongoing and never-ending mega-project, the Grand Mosque of Algiers, under construction since 2012 and frequently delayed.

The bayside mosque’s 270-metre minaret (the tallest in the world) and its facilities for holding 120,000 worshippers are being built with imported Chinese labour at a cost that has now reached well north of $2bn. And the decision to build it was made with none of the public input and debate the Baghlis are seeking. 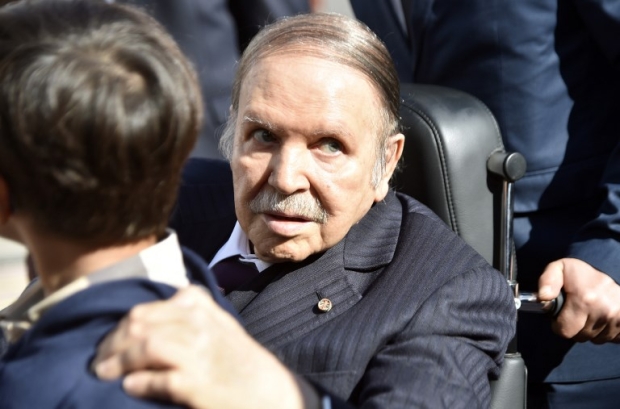 The mosque – a pet project of the country’s ageing fourth-term president Abdelaziz Bouteflika – seems likely to serve little useful purpose in a country with numerous neighbourhood mosques closer to the homes and workplaces of the faithful.

Its enormous spire will, however, allow the president to leave behind a visual memorial more than equal to the monument erected by his own predecessors on the hill behind it – the spike of concrete that is the Monument to the Martyrs of the Revolution.

When Bouteflika’s Grand Mosque is finally completed, it will certainly be the final architectural act of Algeria’s nearly extinct revolutionary generation. Might a bridge across the bay be the signature project of a new generation of leaders?

The post The $1.5bn bridge this couple want to build in Algeria appeared first on News Wire Now.