In a show of diplomatic force to mobilise international pressure against Iran, Nikki Haley, the US envoy to the United Nations, on Thursday displayed recovered debris of a Burkan 2-H ballistic missile that Iran-backed Houthi rebels fired at the King Khaled Airport in Riyadh on 4 November. The presentation was made at Bolling Air Force base in Washington, which is the headquarters of the US Defence Intelligence Agency.

"In this warehouse is concrete evidence of illegal Iranian weapons proliferation gathered from direct military attacks on our partners in the region," she said, calling for the formation of a global "coalition" to counter the Islamic Republic.

Haley added: "We will continue to build the international community's support to say this is not about the nuclear deal. This is about all other actions and the president will work with Congress on how we go forward in dealing with Iran in this way."

This was the latest instance of how escalating tensions between Tehran and Riyadh have unfolded on the world stage.

The geopolitical rivalry between Saudi Arabia and Iran is nothing new. Even before the 1979 revolution, which saw the establishment of the Islamic Republic, Iran under Mohammad Reza Shah Pahlavi has been largely viewed in the Arab world as a regional rival except that, back then, Iran had robust relations with the United States and Israel.

After the Islamic revolution, led by late Ayatollah Khomeini, however, the Arab-Iranian rivalry acquired strong ideological proportions and was increasingly defined along sectarian lines.

This geopolitical and ideological struggle for power and influence in the Middle East has continued to date in varying forms and degrees.

Today, tensions between the Islamic Republic and Saudi Arabia have reached an unprecedented high.

When the Islamic State (IS) launched a deadly terror attack in Tehran on 7 June, it was Saudi Arabia and its intelligence services that Iranian leaders immediately blamed for the atrocity.

In retaliation, the Iranian Revolutionary Guards' missile launch against IS positions in the Syrian province of Deir Ezzor on 18 June was above all a warning to Riyadh. On the other side, when the Iran-backed Yemeni Ansar Allah group (the Houthis) fired a ballistic missile at Saudi capital Riyadh on 4 November, it was Tehran that was quickly singled out for the assault.

Saudi Crown Prince Mohammed bin Salman went as far as describing it as "an act of war" and accusing Iran of "direct military aggression" against the Kingdom. While the risks of this regional standoff spiraling out of control are considerable, Saudi Arabia can ill-afford a military confrontation with Iran at the present juncture.

For good or bad, there is no escaping the fact that Iran has put together a robust network of proxy groups in the region over the past decade that arguably serves as a reliable pillar of deterrence for it and can be utilised to its advantage in the event of conflict.

Shortly following the Houthi's ballistic missile attack on Riyadh, Deputy Commander of Iranian Revolutionary Guards General Hossein Salami pointed out in a televised address that the Houthis had the capability to rain down multiple missiles on Saudi territory at the same time.

Photo: Iranian President Hassan Rouhani walks past a portrait of Iranian supreme leader Ayatollah Ali Khamenei as he arrives to give a speech during a press conference in the capital Tehran on 29 August, 2015 (AFP)

According to him, "Yemenis have lots of missiles but with some consideration refrained from mass-firing them at Saudi Arabia. However, the circumstances might unfold in ways that would make them use their weapons."

This was a veiled, yet stark, threat that if the Saudis or their allies resorted to the use of force against Iran, the Houthi arsenal of missiles, be they produced by Yemenis themselves or provided by their Iranian backers, could be unleashed on the Saudi heartland.

The very fact that the Saudi-led military intervention in Yemen is far from achieving its declared objectives – defeating Houthis and restoring Yemeni President Abd Rabbuh Mansour Hadi to power – despite almost three years of unrelenting operations is another obstacle standing in the way of a Saudi war with Iran.

Indeed, operations "Decisive Storm" and "Restoring Hope," which officially constitute Riyadh's Yemen campaign, have bogged the Saudis down in a costly and attritional civil war without bearing much fruit or attaining any big victory for the intervening coalition.

Also, in the event of a major conflagration involving the two regional rivals, Iran will not hesitate to deploy its ballistic missiles against key Saudi targets on the other side of the Persian Gulf including perhaps Saudi petroleum production and export infrastructure.

Will Saudi Arabia take the battle to Iran-with America's blessing?

This would undoubtedly affect the global oil supply in a dramatic fashion and send a shockwave through international energy markets.

Apart from the rash and reckless style of leadership personally exercised by Crown Prince bin Salman, there are structural factors of psychological nature that drive Saudi Arabia's aggressive foreign policy in the first place.

In the face of a rising Iran, ironically empowered by the 2015 nuclear deal that saw the restriction of its nuclear programme, Riyadh seems to be suffering from a sense of inferiority, which it tries to cope with through a series of passive-aggressive reactions. Apart from the rash and reckless style of leadership personally exercised by Crown Prince bin Salman, there are structural factors of psychological nature that drive Saudi Arabia's aggressive foreign policy in the first place (AFP)

The abortive military intervention in Yemen that theSaudis initiated in early 2015, that is, in the thick of nuclear negotiations between Iran and the world powers, is one case in point.

The counter-productive blockade of Qatar, and, most recently, the forced but ultimately failed resignation of Lebanese Prime Minister Saad Hariri, are other instances of this short-sighted foreign policy, aimed primarily at hurting Saudi Arabia's arch rival at any cost.

It is complicated: Why Iran and Saudi Arabia do not get along

Finally, Saudi Arabia cannot fight a winning war with Iran because its powerful regional and Western allies, particularly Israel and the United States, are not willing to make major sacrifices on its behalf as long as their own strategic interests are not directly imperiled.

The suspicious resignation of Hariri, which he declared from Riyadh but later suspended upon arrival in Lebanon, was interpreted by many as a desperate Saudi attempt to undermine the Islamic Republic by provoking Israel into military confrontation with Hezbollah, Iran's chief regional ally.

Despite all the political hype and media fanfare about the growing Iranian threat in the region, Saudi Arabia has virtually been left on its own to deal with Tehran.

Which brings us to the sole plausible solution to Saudi-Iranian woes, and that is diplomacy.

Unless and until diplomacy is pursued in a mutual and meaningful manner and diplomatic means are fully exhausted, none of the crises that have arisen as a consequence of Iranian advances and Saudi reactions in the Middle East will be resolved once and for all.

Indeed, both rival powers need to realise that neither can single-handedly rule the region and guarantee regional security and stability at the expense or exclusion of the other.

– Maysam Behravesh is a PhD candidate in the Department of Political Science and a Research Fellow in the Center for Middle Eastern Studies (CMES), Lund University. He was a senior editor of the Wiley-published journal Asian Politics & Policy and editorial assistant of the Sage-published quarterly Cooperation and Conflict. Maysam is also a regular contributor to Persian-language media outlets including BBC Persian. 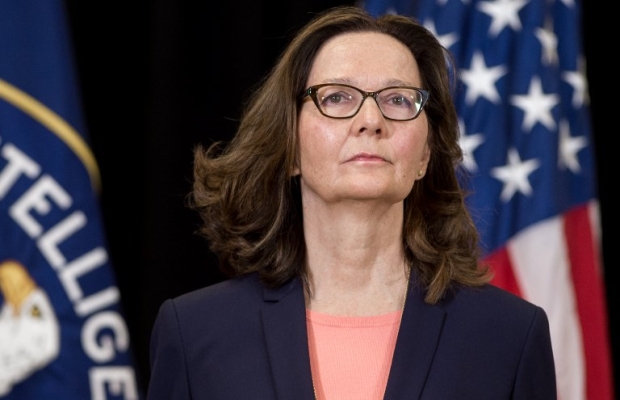