The crossings being closed, Kerem Shalom and Erez, are the only two on the Israeli border left. Kerem Shalom is the crossing point where goods and supplies are brought into Gaza; Erez is the point where people cross. Shutting the two points effectively cuts off Gaza from the rest of the world by land, save for its small Egyptian border, which is generally closed. Gaza is also under a naval blockade by the Israeli navy.The situation in the region has become increasingly heated since US President Donald Trump announced last week the United States recognizes Jerusalem as the capital of Israel and will eventually move its embassy to the holy city. Jerusalem's status is a fraught issue that many leaders have avoided. The United Nations partition plan, drawn up in 1947, envisioned the city neither as part of an Arab nor a Jewish state, but instead run separately under an international regime.Trump's move drew the ire of leaders from across the world, many of whom are concerned it could be the final nail in the coffin of the two-state solution and could provide recruiting fodder to radicals. "We shall not accept any role for the United States in the peace process," Palestinian Authority President Mahmoud Abbas said at an Organization of Islamic Cooperation (OIC) summit Wednesday. "They've proven their full bias in favor of Israel."Deadly protests broke out in Gaza, the West Bank and Jerusalem following Trump's announcement. There has also been an increase in the number of rockets fired from Gaza towards Israel. In the latest incident, on Wednesday evening, the Israel Defense Forces said Israel's aerial defenses had intercepted two rockets; a third landed in open territory. In response, the army said it had targeted what it described as three military facilities in Gaza used as training and weapons storage sites by Hamas, the Palestinian Islamist group that controls Gaza which the US and Europe Union consider a terrorist organization. In response to earlier rocket fire, the IDF said Saturday it carried out airstrikes targeting weapons and military facilities that belong to Hamas. Two Palestinian were men were killed in the strikes, Palestinian Health Ministry spokesman Ashraf al-Qadra told CNN.The IDF said Sunday it destroyed an incomplete tunnel running for more than a kilometer from Gaza into southern Israel.

Because of the city's sensitive nature, negotiators have always seen it as an issue to be resolved at the end of a peace process rather than the beginning. The Trump administration upended that logic, casting the step as a "recognition of reality" that Jerusalem has long been the seat of the Israeli government. For Trump, the embassy move also fulfilled an election campaign promise. In response to Trump's decision, leaders from the 57-member OIC recognized East Jerusalem as the occupied capital of a Palestinian state and called on the international community to do the same, according to the final communique from the group's emergency summit."We are determined to protect and preserve the historical status and sanctity of Jerusalem," Turkish President Recep Tayyip Erdogan said.At the end of the war that followed Israel's independence in 1948, Jordan was left in control of the eastern part of Jerusalem. During the Six-Day War in 1967, Israel captured the territory and later annexed it, declaring Jerusalem united. Israel still holds the land, which much of the world considers occupied territory. Palestinians say that any eventual two-state solution should include the return of East Jerusalem, which would serve as their capital. 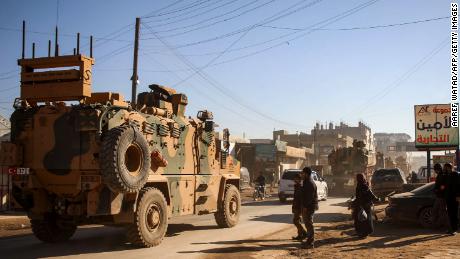