Speaking exclusively to CNN a day after the United Nations Assembly voted against Trump's move, Netanyahu said the US decision to move its embassy to Jerusalem could lead the way for others to follow."We're now talking to several countries who are seriously considering saying exactly the same thing as the United States and moving their embassies to Jerusalem," Netanyahu told CNN.

On Trump's decision to recognize Jerusalem as Israel's capital, Netanyahu added: "I think what it does is finally recognize a historical truth. "Jerusalem has been the capital of Israel for 3,000 years from the time of King David. It has been the capital of Israel for 70 years, and it's about time that the US said, and I'm glad they said, 'This is the capital and we recognize it' and I think that's going to be followed by other countries."Trump recognized Jerusalem as the capital of Israel breaking with the international consensus that the final status of the holy city should be decided as part of the peace process. Multiple United Nations Security Council resolutions have called for a Palestinian capital in East Jerusalem.If other nations follow Trump's lead "exactly," as Netanyahu suggested, it would be a diplomatic victory for the Israelis and a blow to the Palestinians.Netanyahu would not specify which countries were in contact with Israel about moving their embassies "because I want it to succeed," indicating that the announcement isn't set in stone. Trump's decision to declare Jerusalem the capital of Israel was widely criticized by the international community.In response, leaders from the 57-member Organisation of Islamic Cooperation recognized East Jerusalem as the occupied capital of a Palestinian state.Palestinian leaders also condemned the US's stance, declaring they would not welcome US Vice President Mike Pence during his visit to Israel and the Palestinian territories. Palestinian Authority President Mahmoud Abbas, in Paris to meet French President Emmanuel Macron, said that "the United States has disqualified itself from being a mediator in the Israeli-Palestinian peace process by recognizing Jerusalem as the capital of Israel."We will not accept any plan from her because of her bias and her violation of international law," Abbas added. In response, Macron said France believes there is no alternative to a two-state solution.

Pressed on whether he would be ready to negotiate the future of Jerusalem with the Palestinians, Netanyahu said he was "willing to put my position forward.""Our position is Jerusalem remaining a united, safe and secure city, freedom of worship for all faiths which we guarantee and, by the way, in the Middle East, we're just about the only ones that guarantee this freedom of worship for Jews, Christians and Muslims alike."That's my vision of Jerusalem. Palestinians may have a different vision. They should come and negotiate. They say they won't negotiate; they're walking away from the negotiation table… again." "You want peace, go to negotiate peace."

Pressed on whether he would openly commit to a two-state solution, which remains the international consensus for the region, Netanyahu demurred, committing "to a situation where the Palestinians can govern themselves." Netanyahu insisted Israel must remain in charge of security in the entire West Bank."The most important condition that we need for an effective, sustainable peace for both Palestinians and Israelis and for the region is for a situation where Israel has overriding security control of this tiny area," Netanyahu said, referring to the entirety of Israel and the West Bank. Palestinian leaders have flatly rejected such a proposal, saying it does not give them full sovereignty over their land.Abbas' rejection of the US as a mediator in any peace process has cut Netanyahu political slack. He can openly commit to a process without concern about making concessions, since only the US is actively working on restarting a peace process right now. Netanyahu's right-wing coalition consists of hardliners on the Israeli-Palestinian conflict who oppose the establishment of a Palestinian state. 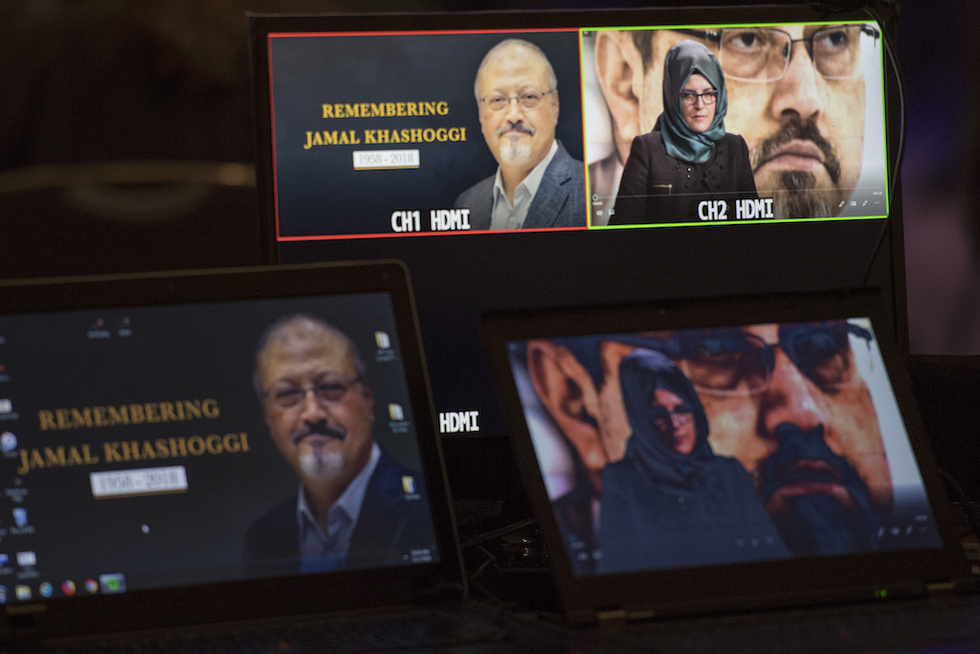