RIYADH: In a major move to cut reliance on foreign workers, seven administrative regions of the Kingdom have announced their commitment to the localization of the gold and jewelry market.
The move is in response to the decision by the Ministry of Labor and Social Development two weeks ago to encourage localization, Khalid Aba Al-Khail, a ministry spokesman said in an exclusive statement to Arab News on Monday.
The regions are Qasim, Tabuk, Najran, Baha, Asir, Northern Border, and Jazan, according to a Saudi Press Agency (SPA) report. The seven regions, out of the total 13 administrative regions in the Kingdom, have geared themselves to hire and train Saudis to work in stores. An estimated 35,000 expatriates currently work in 6,000 gold and jewelry shops across the country.
Aba Al-Khail said labor inspectors had carried out 5,960 inspections of stores targeted to be localized in coordination with other relevant government agencies. Some 210 violations had been detected so far, he said.
The decision to localize gold and jewelry shops comes within the framework of the “region-oriented localization” program, which is being adopted by the Ministry of the Interior, Ministry of Labor, and governorates in collaboration with the Ministry of Municipal and Rural Affairs, Ministry of Commerce and Investment, Public Security, and Passport Department.
Aba Al-Khail said that 12 business activities have been fully localized in the Northern Border region.
He said the Labor Ministry would provide support in areas including training and qualification to prepare youths in business activities targeted for localization through the e-portal https://www.doroob.sa/. He said the ministry would organize job forums to achieve harmonization between employers and job seekers and provide all essential support to the local jewelry industry.
Asked about the impact of localization, Anzar A. Islam, who owns a gold shop in Riyadh, said “the Kingdom ranks among the top five countries in terms of gold consumption, and hence the Saudization of the gold and jewelry sector will go a long way in providing employment to young Saudi men and women.” He said that the “majority of jewelry shops have employed Saudis well before the Dec. 3 deadline given by the ministry.”
“But there is a need to check cover-up businesses (tasattur) in the jewelry sector to ensure localization in true spirit and practice,” said Ozair Ghazali, an expatriate who has been working in the jewelry industry for the past 25 years.

‘Roads of Arabia’ exhibition makes its way to Japan 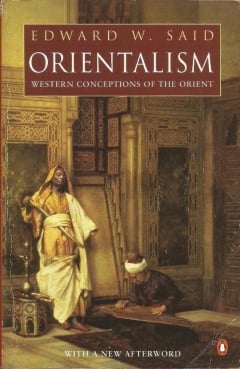