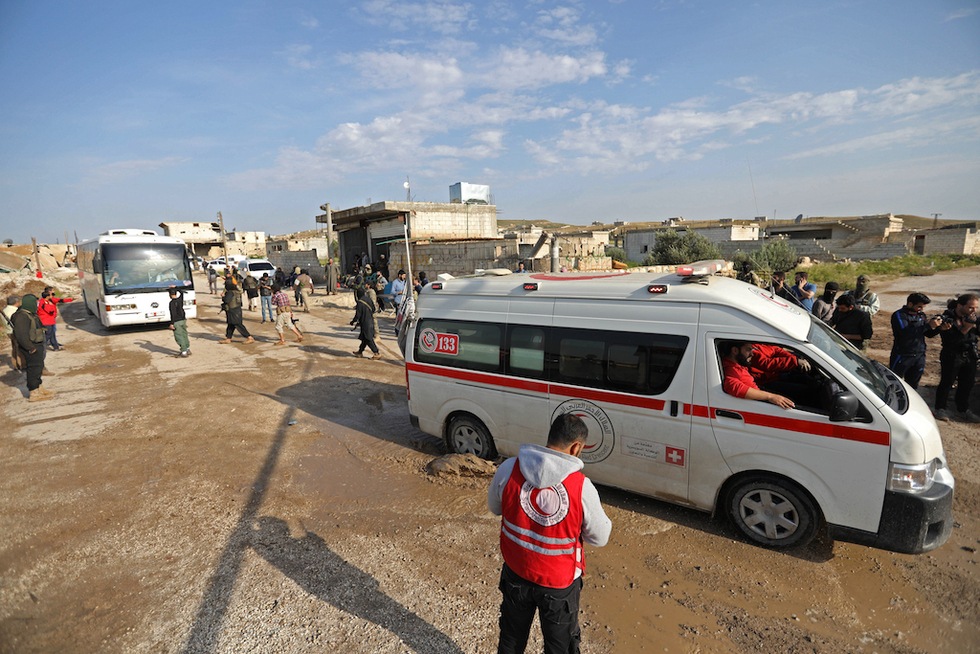 The villages of Fuaa and Kafraya represent a tiny pocket of government-held territory in Syria's northwest Idlib province, which is otherwise almost entirely controlled by various militants and hardline rebels.

Occasional skirmishes erupt there but the frontline has been quiet in recent months.

Late on Saturday, fighters from al-Qaeda's former Syrian affiliate attacked Fuaa and Kafraya, according to the Syrian Observatory for Human Rights.

"This is the fiercest attack in around three years," he told AFP.

The fighting, which was continuing on Sunday, had killed six Syrian pro-government fighters and at least three from HTS.

Syrian state news agency SANA also reported the attack and said local fighters had been able to push HTS back.

Around 10,000 people, most of them Shia Muslims, are estimated to live in the two villages. Syrian troops also hold some territory in Idlib's east, including the key Abu Duhur airbase.

In apparent retaliation for the attack, Syrian warplanes pounded several towns around Fuaa and Kafraya on Sunday, AFP's correspondent and a monitor said.

Fuaa and Kafraya are the only two places in Syria currently designated by the United Nations as besieged.

Siege tactics have been used throughout Syria's seven-year conflict, mostly by the government.

Troops have employed the tactic alongside heavy bombing to cut off food and medicine to rebel-held areas and then coerce people to agree to leave in population transfer deals. After such agreements, the United Nations no longer considers those areas as besieged.

The fate of Fuaa and Kafraya has been heavily impacted by such deals.

They made up part of the Four Towns Agreement, a complex deal that saw tit-for-tat evacuations and aid deliveries between Fuaa and Kafraya on one hand and the government-besieged towns of Zabadani and Madaya.

Idlib, which lies on the border with Turkey, has seen its population balloon in recent years as fighters and civilians evacuated from other opposition areas are dumped there.

Rebels overran most of Idlib in 2015, but the mainstream opposition's influence has dwindled as militants like HTS have solidified their grip on the province.

In recent months, government forces have recaptured a sliver of the province and the Islamic State group is conducting hit-and-run attacks there against its HTS rival.

Last week, clashes in Idlib between HTS and an IS sleeper cell made up of Iraqi militants left more than two dozen fighters dead, mostly from IS.

In retaliation, the IS cell executed five HTS fighters it had abducted in Idlib, the Britain-based Observatory said on Sunday.

HTS also killed six IS members it had captured in the clashes.

Telephone service begins between Israel and UAE after historic deal