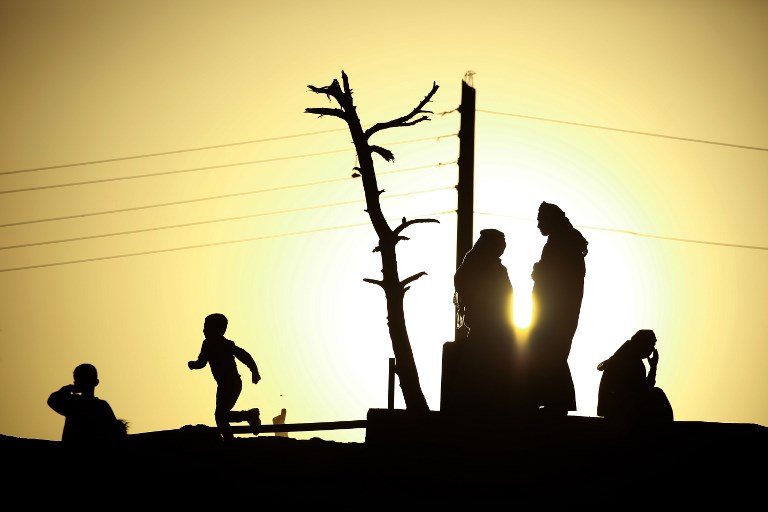 An air raid on a village in northeast Syria held by the Islamic State group killed at least 10 civilians including three children on Tuesday, a Britain-based monitor said.

The Syrian Observatory for Human Rights said the strikes on Tal al-Shair in the northeastern province of Hasakeh were carried out by the US-led coalition fighting IS in Syria and neighbouring Iraq since 2014.

The coalition's press office told AFP it was aware of the allegations, but did not have records of carrying out strikes in the area.

It is the latest in a series of raids on the area that have reportedly caused civilian casualties in past weeks.

Tal al-Shair lies in a small pocket still held by IS fighters near the Iraqi border in the south of Hasakeh, where a Kurdish-Arab alliance backed by the coalition has been battling the militant group in recent days.

According to the Observatory, a coalition air strike last week killed 11 civilians in the same IS-held area, and another 12 lost their lives in coalition raids on 1 June.

The coalition told AFP it was carrying out an investigation into the 1 June allegation.

Britain drops 3,400 bombs in Syria and Iraq – and says no civilians killed

Earlier this month, it admitted to nine more civilians deaths, bringing to 892 the total number of civilians it acknowledges to have killed since it intervened in Iraq and Syria.

Monitors like the Observatory and Airwars say the toll is much higher.

IS has lost most of the cross-border caliphate it declared in 2014.

In Syria, it was pushed back by separate offensives – one by Russia-backed Syrian government troops and another by the US-backed Syrian Democratic Forces alliance.

But the group still hold slithers of eastern Syria and has a presence in the vast Badiya desert running from the centre of the country to the border with Iraq.

Egyptian electricity prices to rise as subsidies slashed once more Ramadan and the role of the crescent moon