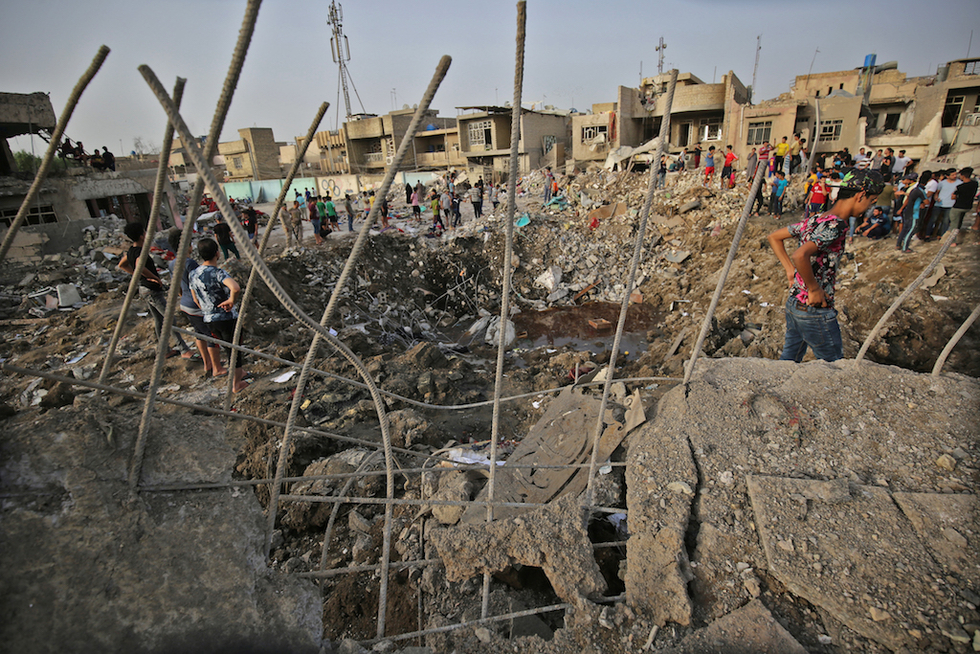 Iraq's Supreme Judicial Council has issued arrest warrants for 20 people accused of involvement in a blast that killed 18 people in the Baghdad stronghold of cleric Moqtada al-Sadr, whose bloc won an election marred by fraud allegations, state TV reported.

Nationalist Sadr and Iranian-backed paramilitary chief Hadi al-Amiri, who won first and second place respectively in the May vote, announced on Tuesday an alliance between their blocs

Security and medical sources said at least 18 people had been killed and dozens injured after an arms depot exploded in the Sadr City district of the Iraqi capital late Wednesday.

"An arms depot exploded… The security forces have opened an inquiry to determine the cause," Baghdad's security operations command said in a statement.

A senior police source told AFP on condition of anonymity that the blast was caused by heavy weapons, including rocket-propelled grenades and shells, belonging to an armed group and stored in a house.

He said at least 16 people were killed and some 32 injured in the explosion.

Medical sources confirmed the toll and said that women and children were found among the victims.

Sources said the blast struck near a Shia mosque in the district of northeast Baghdad.

Witnesses reported heavy material damage to homes and other buildings in the Sadr City district.