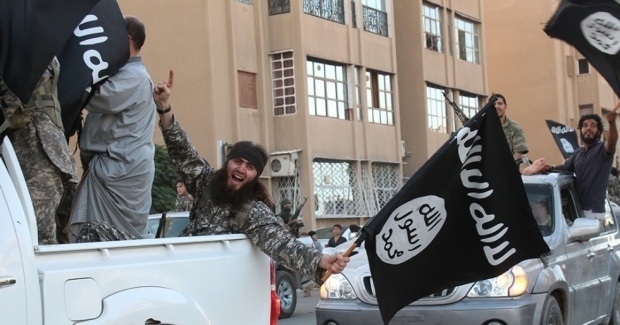 Western-backed forces in Syria have released Europeans captured while allegedly fighting for the Islamic State (IS) group back to the militants in secret deals, according to a British newspaper report on Friday.

The Syrian Democratic Forces (SDF) – a Kurdish-Arab alliance supported by the US – have returned fighters, including French and German citizens, in several exchanges so far this year, the Daily Telegraph reported.

In return, IS has returned an equal number of Kurdish prisoners.

The SDF has captured numerous foreign IS members in recent months in Syria, particularly since it took the northern city of Raqqa from the militants late last year.

Still, it has complained that Western countries are refusing to take responsibility for the militants, and that it does not have the capacity to hold them indefinitely.

Earlier this year, Gabriel Kino, an SDF spokesman, told MEE that they have sent letters to many Western countries to convince them to take action.

"The SDF so far has captured thousands of IS militants, both Syrian or foreign fighters that joined IS during the last few years," he said, speaking from an SDF base in Ain al-Issa.

"We are conducting investigations and trying to get as much information as possible from them to use in the war against IS, which is still ongoing [in Deir Ezzor]".

Still, they have no clear view what they are going to do with them.

"We send letters to ask foreign governments to take these foreign fighters back and put them on trial, but so far we have not received any responses," Kino said.

The Kurdish coalition struck three agreements with IS to exchange militants and their families with its own captured fighters, the Telegraph said, citing people with knowledge of the negotiations and relatives of those detained.

The first trade was made in February, involving about 200 mostly Chechen and Arab fighters, but also a number of French and at least one German, it added.

They were sent by bus from SDF-run detention centres to areas still held by IS in eastern Syria.

In April, another 15 fighters and 40 women and children, including Moroccans, as well as French, Belgians and Dutch, were exchanged.

'No British involvement' in interrogation of IS 'Beatles'

A final swap comprising wives of IS fighters then occurred earlier this month.

However, four of the 15 mediators involved were later assassinated, causing the remaining negotiators to pull out of further talks, according to the report.

The SDF are believed to be holding three British prisoners in their territory, but there is no indication they were involved in the exchanges.