As I stepped out onto Rukab Street, one of the main streets in Ramallah, at once I heard the cries: "There's gas!"

Wednesday night's protest, organised by the Campaign to Lift PA Sanctions on Gaza, had only just begun, but security forces were already firing stun grenades and tear gas cannisters directly at crowds that only 20 seconds earlier had raised banners demanding that sanctions against Gaza be lifted and chanted: "In spirit, in blood, we redeem you Gaza."

Everyone seemed still for a while: many were scattered in different areas around central Ramallah. Tension lay heavy in the air as people stood frozen on footpaths and in the streets, staring at the number of government personnel present.

There was also a downright terrifying gang of Fatah party members, loyal to PA President Mahmoud Abbas. Some carried pepper spray. Each wore a white cap. All of them were prowling around the gathered protesters.

On Tuesday, the night before the demonstration, the PA called for a counter-protest. This, everyone knew, would be a recipe for disaster.

'I don't even know if theres going to be protest,' a friend said to me. People's concerns were repressed before they could even be expressed

"I don't even know if there's going to be protest," a friend said to me. People's concerns were repressed before they could even be expressed.

The protesters' simple message was directed at the PA, which more than a month ago halved the salaries of approximately 50,000 government employees in Gaza, leaving workers unable to provide for their families. The Palestinian National Council, the PA's legislative body, as well as factions within the PA have all called for the sanctions to be lifted. That's left Abbas to shoulder much of the blame, as his critics accuse him of trying to unseat Hamas from Gaza, where it rules the territory, while using Gaza's two million residents as political pawns.

It's left Gaza caught in a dire humanitarian crisis, between the Israeli blockade of the strip on one side and on the other the punitive approach of the PA, whose actions have been so extreme that residents within Ramallah itself, the PA's seat of government, have risen up against the authorities and called for sanctions to be lifted.

Photos and captions circulating on social media suggested that thousands of people were there, although it was hard to differentiate between protesters, bystanders and undercover police.

I tried to push as close as I could to what was going on to take some pictures, even though I had been warned only half-an-hour earlier that taking photos and videos was banned.

I was also warned that the police were trying to break cameras and confiscate memory cards. To me, this is one of the first signs that a government can give to show that it is actually an oppressive regime. That night the PA did everything in its power to restrict the free flow of information. The whole scene was one of chaos. In one area, security forces threw rounds of sound bombs. Riot cops started running down yet another street to try to block any entrance to al-Manara, the main square in Ramallah. And dotted among the crowd were those white-capped members of Fatah, some of whom were undercover officers, taking matters into their own hands and beating up protesters, all under the watchful eye of the police.

A friend who works at a local Palestinian TV station told me that around 2,000 undercover forces were within the area. Someone else told me that one female protester had a gun pointed at her head by one of the undercover officers. She couldn't talk afterwards, she was in such a state of shock.

It felt as if those undercover police were mirroring the same tactics as used by the Israeli mustarabeen, the undercover unit trained to look and act like Arabs.

By deploying so many police in civilian clothes, the authorities sought not only to maximise the number of arrests but also to dismantle any network of trust among civilians and destroy the solidarity that is a necessary tool against any oppressive regime.

Dotted among the crowd were those members of Fatah, some of whom were undercover officers, taking matters into their own hands and beating up protesters

It's always been the goal of the Israeli occupation to break the unity of historical Palestine, including movement to and from Gaza, using the building of illegal settlements, restrictions on access to pre-1948 areas of the West Bank and the Greater Jerusalem Bill.

Undercover forces made the majority of arrests, which numbered more than 60 by the end of the night. I saw people, including women and young girls, kicked, punched and beaten with batons. People's bodies were pulled in all directions as they were dragged away by at least five men to a fenced-off car park, where riot police stood guard, waiting for vans to pick up their latest prisoners.

I knew I had to try and document the brutality. But less than 10 minutes after arriving at the protest I had already been sternly warned by an undercover policeman not to take photos.

Eventually I managed to climb up the roundabout at al-Manara. Standing on top of one of the lion statues, I had a clear vantage point of just how many people were in the streets and the brawls that were unfolding below.

Soon, I heard someone yell at me, then realised that multiple people were pointing and starting to run in my direction. I ran down the back of the statue while taking my memory card out of my camera and shoving it in my pants.

By the time I jumped down, civilian and uniformed police had already climbed inside the fence. I was trapped. They grabbed me by my arms while another tried to take my camera. I thought for sure they were going to break it. I just kept screaming and yelling at them, telling them to let me go and to wait so I could "prove" to them I had no photos.

They then put three women police officers onto me. One held my arm and kept telling me to be quiet and calm down. I yelled back: "How on earth can I be calm down when you're trying to arrest me and break my camera?"

The sound of the commotion began to work in my favour, as an older Palestinian woman came over and started apologising for what was happening. A man dressed in civilian clothes stepped forward and declared that he was a policeman. I replied that he should be wearing uniform.

Why is Palestinian Authority doing this?

Finally I was released and found my friend. She was beside herself because the undercover forces had taken her cameraman's memory card while she was doing a live broadcast criticising the PA. She thought for sure that she would be arrested the next day. She was terrified.

Everyone was terrified. It is a bizarre feeling when everyone around you, including yourself, is more scared of Palestinian forces than they are of the Israeli army and the border force.

The problem was, the Palestinian security forces were driven by complete emotion. Couple this with them not being experienced enough to deal with such large crowds and it meant that their use of weapons was a disaster.

It is a bizarre feeling when everyone around you, including yourself, is more scared of Palestinian forces than they are of the Israeli army and border forces

At one stage, a security officer, holding a sound bomb in his hand, wrestled with a protester. During the scuffle, the bomb went off. It seemed like all the actions of the security forces were driven by impulse rather than orders from their superiors.

Stories have also emerged of sexual harassment, perpetrated by the men wearing those Fatah caps. One woman was chased down a side street and sexually abused before she was rescued by people she knew.

Many of the Fatah supporters are themselves from families of martyrs or political prisoners. Other Palestinians cannot fathom how they could act this way during a protest in support of their brothers and sisters in Gaza. Are they attempting to create conflict among the factions?

Protesters and residents are still in a complete state of shock, as well as physical and mental exhaustion. The night after the protest, those who had attended were still too scared to walk the streets or go into public spaces for fear of being arrested or beaten up.

People unconnected to the protests were targeted just for being in the street. I witnessed multiple families and women with babies, who were trying to walk home, standing bewildered as they were yelled at by the presidential guard.

Why the protests will continue

Another protest is already set for Wednesday. What sort of excuse will the PA use then to repress people's freedom of expression and assembly when it is held outside of the Eid holiday? Will they find new grounds to ban and criminalise protests?

Fatah and Abbas showed their true colours to the people of Palestine this week as well as alienating some of the supporters from their own party. The protest held last Wednesday night wasn't organised to bring down the PA or to depose Abbas.

It was in support of another persecuted population of Palestinians, who may live under separate Hamas rule in Gaza but whose fate has now been crushed still further by the regime controlling the West Bank.

But if the removal of sanctions against Gaza is not achieved in good time, then do not be surprised if those living in the West Bank focus their energies on removing heads of government. On Friday, 70 civil society organisations and trade unions within Palestine called for the dismissal of Rami al-Hamdallah, the Palestinian prime minister and interior minister.

The activists are now recovering, tending their wounds, being released from prison and embracing their close support networks to nurture their emotionally drained minds.

Hopefully the organisation and unity of Palestinians will now only be strengthened even more, as their fight for their brothers and sisters in Gaza is emboldened by the brutality that the protesters in Ramallah faced.

– Tessa Fox is a freelance journalist, photographer and filmmaker focusing on war & conflict, indigenous affairs and the environment. She has had work published for Al Jazeera, Deutsche Welle, Al-Monitor, The Independent (UK), Holistic News (Poland), Mail & Guardian (South Africa), Knack (Belgium), Australian Broadcasting Corporation, SBS World News, New Matilda, VICE and Crikey among others. Fox was also a finalist for the Dart Centre for Journalism and Trauma Asia Pacific Prize and, as a correspondent, has reported from Turkey, Myanmar, Ethiopia, Russia, Vanuatu, the Solomon Islands, Australia and the EU among others. 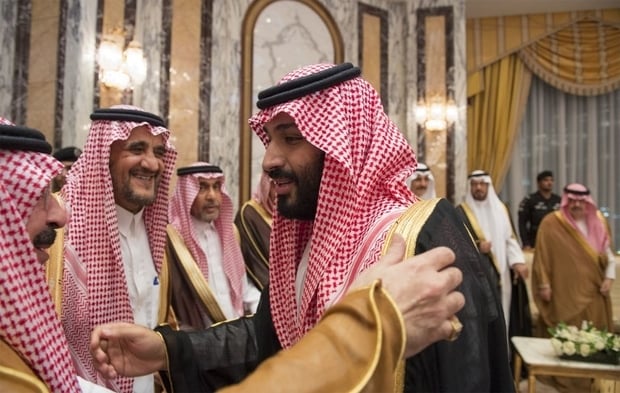