DHAHRAN: The Russian Mariinsky Orchestra treated its Saudi audience with masterpieces created by Prokofiev, Grieg, Vivaldi, Mozart and other maestros at a concert to mark the inauguration of the Ithra Theater in Dhahran in the Eastern Province.

It was the first performance of this renowned Russian orchestra not only in the Kingdom but also in the entire Gulf Cooperation Council region.

The prestigious world-class orchestra was hosted by the King Abdul Aziz Center for World Culture (Ithra), in collaboration with the Russian Direct Investment Fund (RDIF) and Saudi Aramco, as part of Eid Al-Fitr celebrations.

“The Mariinsky Theater is one of Russias most distinguished and historic theaters. It has amazed audiences worldwide, including in Asia, Europe, North America and now Saudi Arabia,” Fatmah Al-Rashid, the acting director of Ithra, told Arab News.

She said: “Ithras mission is to broaden horizons, and provide its visitors with a cultural window that reflects the richness of our world.”

The event was part of the cultural exchange between Russia and Saudi Arabia, which aims to strengthen the bond between the two countries.

The CEO of the RDIF, Kirill Dmitriev, who is also a member of the Mariinsky Theatres board of trustees, said: “It is a great honor for RDIF to organize the first symphonic concert in the history of the Kingdom of Saudi Arabia. We all saw the admiration of the centers audience who listened to the enchanting playing of the Russian musicians conducted by the maestro Valery Gergiev, and their enthusiastic standing ovation for the Russian orchestra.”

Led by renowned conductor Valery Gergiev, the orchestra presented its first performance on June 16. In their second performance, they played Prokofievs Symphony No.1 and Edvard Griegs Holberg Suite and arias from Wolfgang Amadeus Mozarts opera “The Magic Flute.”

“It is a very important part of our relationship because our Saudi partners can see that we bring the best of Russian art, and we have a lot to be proud of,” the RDIF chief said.

“RDIF will further contribute to strengthening cultural relations between Russia and Saudi Arabia. Our next project will be a week of Russian culture later this year.”

In 2017, RDIF and Saudi Aramco signed a memorandum to create a $1 billion mutual fund to invest in the energy sector. Relations between Russia and Saudi Arabia have actively developed in recent years due to the support of the leaders of both countries.

In 2015, during the visit of Crown Prince Mohammed bin Salman to Moscow, the sovereign fund of Saudi Arabia, the Public Investment Fund (PIF) announced its intention to invest $10 billion in Russian projects through a partnership with RDIF.

The visit of King Salman to the Russian Federation in October 2017 gave a new momentum to these relations. The PIF has invested $2 billion in 15 mutual projects with RDIF.

The area of the state-of-the-art Ithra Theater is 1,500 square meters with a capacity for 900 people. It is the only proscenium theater in the Kingdom, a venue in which the audience faces the stage straight on. As a result, the moment a person steps into the auditorium, he is wowed by the look and feel of the famous traditional theaters in Europe, rather than simply a large hall with a stage. The proscenium arch, which frames the stage, is nine meters tall and 16 meters wide. KSRelief dispatches 18 trucks of humanitarian aid to Hodeidah in Yemen 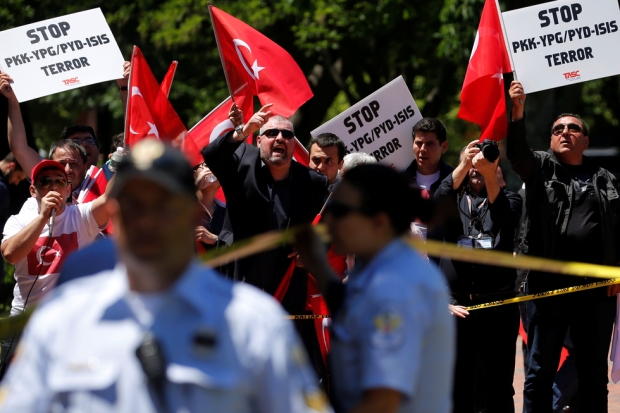