Britain's Prince William, Duke of Cambridge (C) poses in front of the golden Dome of the Rock as he visits the Al-Aqsa mosque compound in Jerusalem's Old City on June 28, 2018. The Duke of Cambridge is the first member of the royal family to make an official visit to the Jewish state and the Palestinian territories. / AFP / POOL / IAN VOGLER

Occupied Jerusalem: Prince William toured holy sites in Occupied Jerusalem on Thursday and paid a pilgrimage to the tomb of his great-grandmother on the final day of his historic royal visit to the Middle East.

The Duke of Cambridges Occupied Jerusalem leg was by far the most charged of his five-day tour of Jordan, Israel and the Palestinian territories – the first official visit of a member of the British royal family – as he ventured into the heart of world religion and regional politics.

The trip has been carefully orchestrated as a non-political event, and the prince has been watchful in his words and actions not to stoke controversy as he met with Israeli and Palestinian leaders and toured the regions various locales. But the Occupied Jerusalem sites he visited are central to the century-old conflict and every step he took was closely scrutinised.

Prince William began his visit with a lookout of the Old City from the Mount of Olives in Occupied East Jerusalem. He then visited the nearby gravesite of his great-grandmother, Princess Alice, who saved Jews in the Holocaust and whose last wishes were to have her remains buried in the Church of St. Mary Magdalene above the Garden of Gethsemane.

The prince stood solemnly by his great-grandmothers grave, accompanied by a Russian Orthodox clergyman.

He was then given several gifts by the clergy, including a bouquet of flowers and a cross. With the homage, William followed in the footsteps of his father Charles, the Prince of Wales, and grandfather Philip, the Duke of Edinburgh, who had also visited Princess Alices grave.

From the church, Prince William was taken to visit key Muslim, Jewish and Christian holy sites before returning home to London.

Prince William said he was particularly looking forward to the Old City visit, which included stops at Al Haram Al Sharif and the Church of the Holy Sepulchre, where tradition holds that Jesus was crucified and buried.

Muslims believe Prophet Mohammed (PBUH) tied his flying horse there before ascending to heaven on a rock—now housed inside a structure known as the Dome of the Rock.

However, Jews have annexed the wall and labeled it the Wailing or Western Wall, allowing only Jewish worshippers to access it. Jews frequently raid the inside premises of Al Haram Al Sharif which goes against a status quo agreement which allows them to visit but not perform religious rituals there.

After the tour, William departed back to London.

Israel captured and Occupied Jerusalem in the 1967War and annexed it in a move not internationally recognised.

Israel considers the city, home to holy sites sacred to Jews, Christians and Muslims and the emotional epicenter of the conflict, as an inseparable part of its capital.

The Palestinians claim east Jerusalem as their future capital.

Britain has deep roots in the region, having governed Palestine from 1920 to 1948 under a League of Nations mandate.

But it has since taken a back seat to the United States in matters of mediating war and peace efforts.

The royal family has mostly steered clear of politics, and insisted the itinerary was merely reflecting the long-time, traditional vocabulary used by the British government.

How to support Saudi designers — wear their art on your sleeve 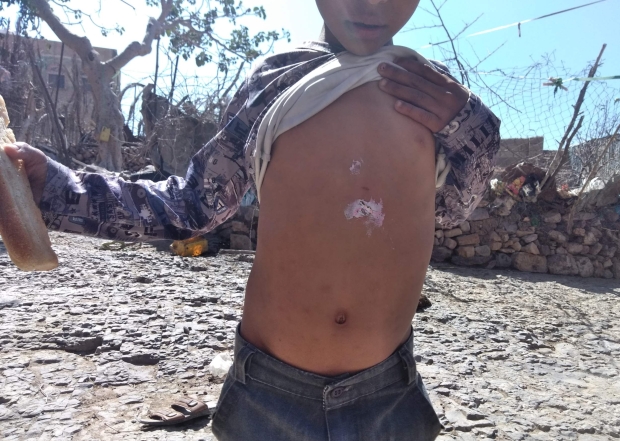 Engraved in the flesh: Desperate Yemenis resort to branding for traumatised children