In his five years in office, Egyptian President Abdel Fattah el-Sisi has been able to count on France as a trustworthy arms supplier during one of the most troubled periods in his countrys history.

A report published by several NGOs – including the International Federation for Human Rights (FIDH), the Cairo Institute for Human Rights Studies, the League of Human Rights and the Observatory of Weaponry (OBSARM) – on Monday claimed that “the French state and several French companies have participated in the bloody Egyptian repression of the last five years”. The relationship between French arms manufacturers and the Egyptian state under Sisi began soon after the former defence minister took power on 3 July, 2013.

On 12 August, 2013 – two days before the Egyptian armys crackdown on protesters in Rabaa al-Adawiya Square, during which more than 800 people were killed – French company Manurhin, a leading manufacturer of ammunition-producing machinery, was due to deliver a machine to manufacture 20mm and 40mm cartridges, which can be used for both rubber-coated steel bullets and tear gas canisters, to the Egyptian government.

However, just before the state-of-the-art equipment was due to be delivered, French customs blocked the transfer, following the escalation of demonstrations sparked by the coup against President Mohammed Morsi.

French and European arms exports to Egypt were suspended for a few months, only to start anew after Sisi took office, with considerable attention paid to a large-scale project meant to modernise the Egyptian army – with the support of substantial Saudi funding.

Sisis Egypt even helped France after French company DCNS – now known as Naval Group – found itself mired in a crisis with Moscow due to sanctions that led to Frances refusal to deliver two Mistral helicopter carriers to the Russian navy. Egypt swooped in to claim the two huge ships, worth more than a billion euros, effectively saving DCNS.

Moreover, French companies have also proven to be a great support in providing systems to monitor Egyptians daily lives.

In their report, the NGOs said by “equipping the Egyptian security and repression services with powerful digital tools, [France and its weapons manufacturers] have thereby participated in setting up an Orwellian surveillance and control architecture, aimed at cracking down all attempts at dissent and mobilization”.

On 21 August, 2013, the European Union called on its member states, including France, to suspend their arms transfers to Egypt in order to prevent them from being used for domestic repression purposes.

But paradoxically, France has never sold and delivered so many weapons to Egypt in such a short time period as since 2011. The country became Frances fourth-largest customer between 2007 and 2016. Under the cover of the war on terror, and in spite the EUs call to member states and the 2008 EU Common Position defining rules regarding the control of military technology and equipment exports, France has continued to provide weapons and devices that can be used for domestic security and law-and-order purposes.

According to the FIDH, at least eight French companies, encouraged by successive governments, took advantage of the situation in Egypt to reap record profits. Between 2010 and 2016, French arms deliveries to Egypt rose from $46m to $1.5bn.

“While the European Council announced the termination of military and surveillance equipment exports in order to sanction the dictatorial drift in Egypt, France took the opportunity to gain market share and achieve record exports,” said FIDH's president, Dimitris Christopoulos.

In their relations with Egypt, French defence companies can be classified into three categories.

The first includes heavy equipment suppliers whose weapons do not belong to police arsenals, such as Naval Group, which has supplied two helicopter carriers, a frigate and a corvette, and is preparing to assemble three of them in Egypt: Dassault, with its Rafale; Sagem, with its laser-guided bombs or its Patroller; and Thales UAV, with observation or designation pods for fighter aircraft (Reco-NG and Talios).

The third type of French company involved is the more pernicious category of suppliers of espionage, surveillance and internet censorship equipment, used to tap phones and shape public opinion on social networks. In doing so, these companies have participated in the construction of a generalised surveillance and crowd control system, aimed at suppressing any dissent or social movement and leading to the arrest of tens of thousands of opponents and activists.

While the 2011 Egyptian revolution and the Arab Spring had been carried out by means of an ultraconnected 'Facebook generation that mobilized crowds online, France is now participating in the crushing of this generation

“While the 2011 Egyptian revolution and the Arab Spring had been carried out by means of an ultraconnected Facebook generation that mobilized crowds online, France is now participating in the crushing of this generation through the implementation of an Orwellian surveillance and control system aimed at nipping in the bud any expression of protest,” said Bahey Eddin Hassan, president of the Cairo Institute for Human Rights Studies, which also collaborated on the FIDH report.

How is the French government involved?

But why would the report associate the French state with what could merely have been opportunistic business opportunities for French private companies?

In addition to the state being a shareholder in several major French defence groups such as Thales or Safran, when financial packages cause problems, the French president or prime minister will usually be the one who can override the Egyptian governments solvency issues to guarantee large contracts.

The French government has paid half the deposits for at least three major contracts: the Rafale aircrafts deal, and the MBDA missiles and DCNS ships sales – amounting to $6.5bn.

Paris is directly involved due to the obligatory political validation of weapons sales through the granting of export licences through the Interministerial Commission for the Study of Exports of War Material (CIEEMG).

The CIEEMG is the only authority that assesses whether it is possible to sell military equipment to a third country. Its primary function is to prevent the dissemination of French technologies and ward off copy-cats.

It can also block sales in order to prevent specific countries from gaining access to state-of-the-art technologies if doing so would shift the balance of power with France and its allies.

Finally, it is designed to prevent the misuse of military technology by a third country. The CIEEMG issues licences product by product, so that they can be ready for purchase during calls for tender, then issues another license for export in the event of a purchase order. The CIEEMG brings together representatives from the ministries of defence, foreign affairs, finance, higher education and interior, as well as the prime ministers office and the presidents special staff.

The first three representatives have discretionary powers over exports, while the others may issue advisory opinions which will be taken into account in the final decision.

The system in place is evidence of the French governments degree of involvement in the military equipment export process.

In publishing this report, the FIDH “calls on the French government to immediately terminate these deadly exports and to set up a parliamentary inquiry into arms deliveries to Egypt since 2013. More generally, the signatories of the report called once again for an overhaul of the French system for the control of arms and surveillance equipment exports, rendered ineffective by its opacity and dependence on the executive branch”.

– The article is based on an a translation of a story that was originally published by Middle East Eye's French website.

Resistance is Female: Gaza women protest for their right of return 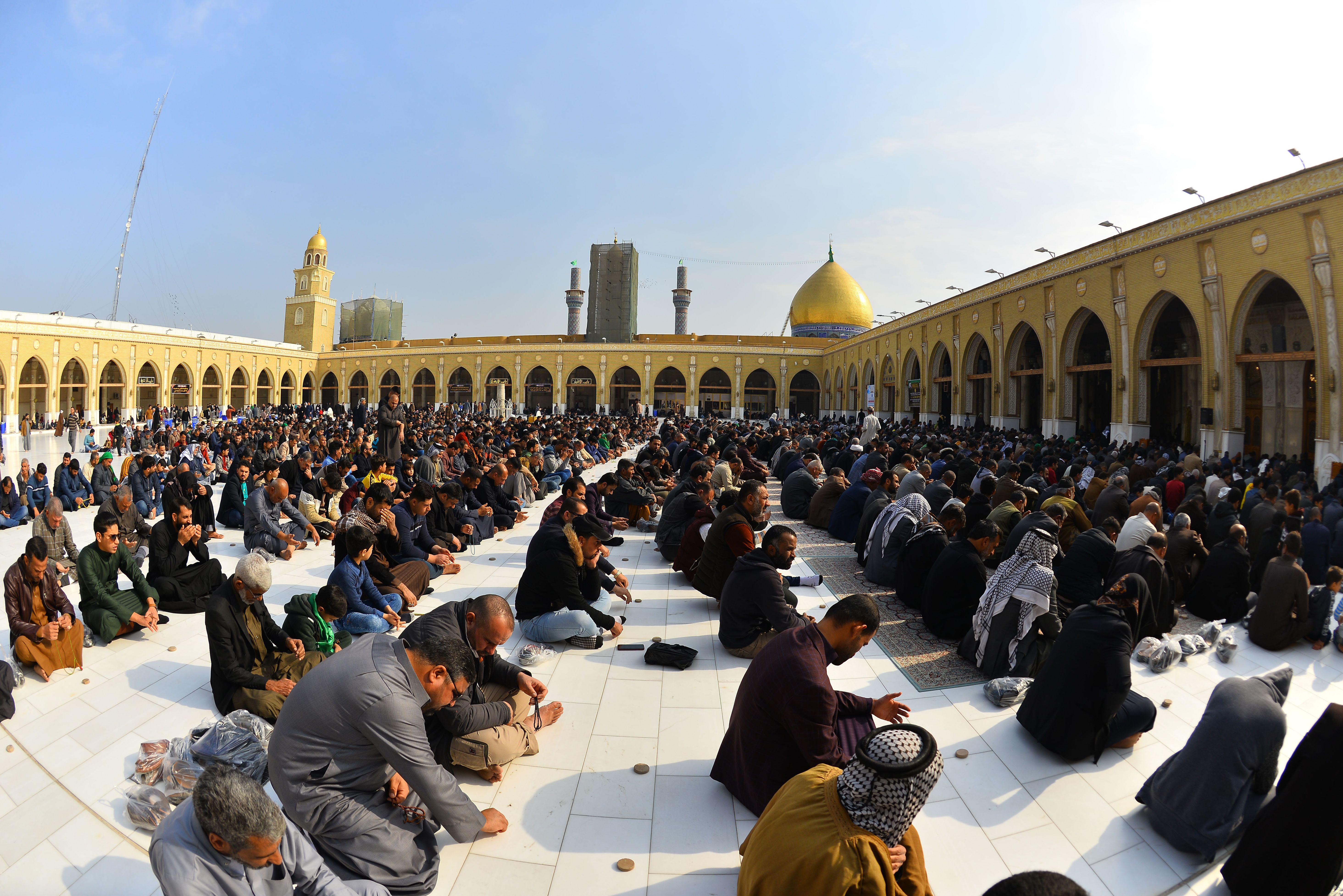 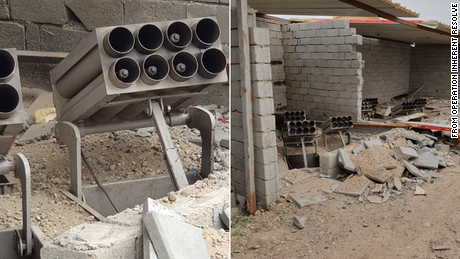 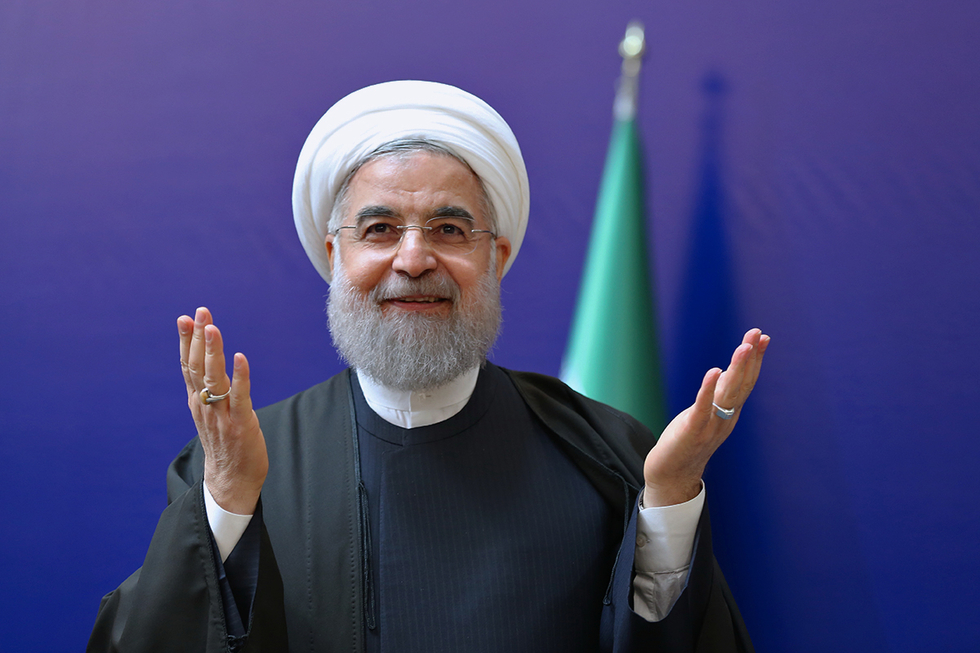 Rouhani says new US sanctions have no effect on Iran economy