Ahmed Aboul Gheit is an Egyptian diplomat and the eighth secretary-general of the Arab League.

Before his July 2016 nomination as secretary-general, Aboul Gheit served as the minister of foreign affairs of Egypt from July 2004 to March 2011.

On Tuesday, Aboul Gheit met with the Saudi Minister of Foreign Affairs, Adel Al-Jubeir, in the Chinese capital of Beijing for the eighth session of the ministerial meeting of the China-Arab States Cooperation Forum.

During the meeting, they discussed a number of issues of mutual interest between the two countries, in addition to the highlighted topics on the forums official agenda.

Born in Cairo in 1942, Aboul Gheit originally hailed from the city of Port Said. After graduating with a business degree from Ain Shams University in Cairo, Aboul Gheit joined the diplomatic corps in 1965, and rose through the ranks of the Egyptian Ministry of Foreign Affairs.

Aboul Gheit occupied diplomatic positions in Rome, Nicosia, Moscow, and New York. In 1978, he participated in negotiations for the Camp David Accords, which would lead to the signing of the Israeli-Egyptian peace treaty.

Aboul Gheit was a political consultant at the Egyptian Embassy in the Soviet Union in 1984, as well as serving as the ambassador of Egypt to Italy, Macedonia and San Marino.

In 1999, he was the head of Egypts permanent delegation to the UN, and in the same year was appointed permanent representative of Egypt to the UN, serving through 2004.

In December 2005, he played a vital role in mediating the Chad-Sudan conflict. In December 2010, Aboul Gheit opened the first Egyptian Consulate outside Baghdad and also held talks with former Iraqi President Jalal Talabani. 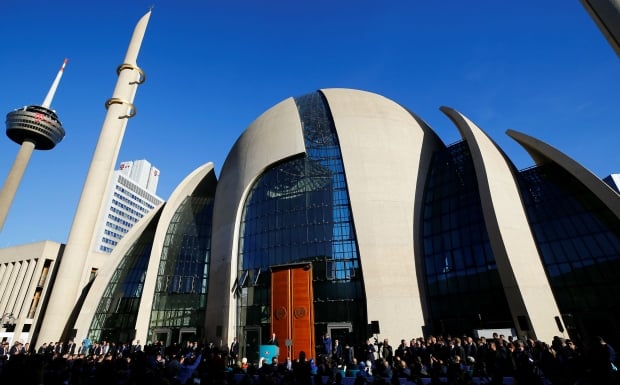 Rival rallies greet Erdogan as he opens mega-mosque in Cologne