'I very much appreciate the direct, unmediated and excellent contact that I have with the Russian president,' Netanyahu says (AFP)

"We won't take action against the Assad regime, and you get the Iranians out," the official, who requested anonymity, quoted Netanyahu as telling Russia's Vladimir Putin during a meeting in Moscow, according to Reuters news agency.

Russia was already working to distance Iranian forces from Syrian areas near the Israeli-occupied Golan Heights and had proposed that they be kept 80km away, but this fell short of Israel's demand for a full exit, the official said.

Earlier on Wednesday, Netanyahu said Israel shot down a Syrian drone that entered its airspace.

"A drone penetrated from Syria's territory to Israel's territory several hours ago. It was successfully shot down. And I would like to point out that we will be preventing any attempts to violate our air or land border," Netanyahu said as he met Putin.

The attack near Hader at the frontier of the Israeli-occupied Golan Heights caused only material damages, state news agency SANA cited a military source as saying.

Russia is Assad's big-power backer in the seven-year-old civil war. In the past, Putin has turned a blind eye to Israeli strikes on Iranian and Hezbollah targets in Syria while making clear Moscow does not want Assad's rule endangered.

Israel has signalled openness to eventual ties with Assad, a tacit acknowledgement that the Syrian president is re-consolidating power as he routs the country's rebels.

Under Assad's family rule, Syria held direct negotiations with Israel in the United States in 2000 and indirect talks mediated by Turkey in 2008.

Netanyahu's government has made clear it would not cede the Golan now and has been lobbying for US recognition of Israel's claim of sovereignty there.

The Golan Heights was captured by Israel amid war in 1967 and illegally annexed in 1981. 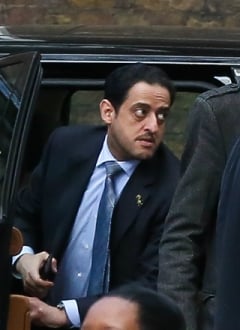