Militant attacks in the US and Europe often leave authorities wondering about the "radicalisation" of perpetrators, and a new study shows that in the case of first- and second-generation immigrants, failure to integrate into society may be key.

The study, outlined in Science Advances, a peer-reviewed scientific journal, found that radicalisation correlated with high levels of poverty and ethnic homogeneity. It also found that minority groups were susceptible to it if they were subject to discrimination and isolation.

The authors – two sociologists from Duke University and a statistician at the University of California, Berkeley – acknowledged that more research was needed in this field, which was difficult to study because would-be extremists do not identify as such, and anti-Muslim bigots are unlikely to verbalise their true sentiments.

But the internet's anonymity made for a powerful tool, said the authors, who also used census data and other information to determine the make-up and identify the ethnic backgrounds of the communities they studied.

By sifting through internet search data provided by Google in more than 3,000 American counties, they found that ethnic, religious and racial discrimination, which resulted in a failure to integrate in communities, was associated with susceptibility to radicalise.

The Council on American-Islamic Relations (CAIR), a leading Muslim civil rights and advocacy group, said that anti-Muslim discrimination incidents and hate crimes were up 83 and 21 percent respectively across the United States, compared to the first quarter of this year.

During that time, CAIR documented more than 1,000 reports of potential bias incidents. The numbers included incidents involving various government agencies, like the Transportation Security Administration (TSA), Immigrations and Customs Enforcement (ICE) and US Customs and Border Protection — which have risen by 60 percent during the same time period.

This is part of “the overall spike in bigotry targeting American Muslims and other minority communities since the election of Donald Trump as president,” said Zainab Arain, coordinator in CAIR's research and advocacy department.

“The most prevalent trigger of anti-Muslim bias incidents in 2018 remains the victim's ethnicity or national origin, accounting for 33 percent of the total."

The authors of the study published in Science Advances examined average monthly search data of pro-Islamic State (IS) group and anti-Muslim phrases on Google and other major search engines from August 2014 to July 2016.

They specifically checked to see if people in the same regional areas searched for phrases like “How to join ISIS” [another acronym for IS] and “Muslims are evil”.

The findings suggested that anti-Muslim searches were strongly associated with pro-IS searches; and that in communities with high levels of anti-Muslim hate, radicalisation and pro-IS sympathy was prevalent and these areas generally were some of the poorest and least integrated in society.

The authors said that their study may have important implications for public policy, especially in the realms of counterterrorism and immigration.

“Although elected officials routinely promote counterterrorism policies that target Muslims more than other groups, our findings indicate that these policies may make communities more vulnerable to radicalisation if they are interpreted as discriminatory or unfair,” said Christopher Bail, the lead researcher and a sociologist at Duke.

The authors said that the findings may provide insight into some recent domestic terrorist attacks; a case in point is Mohammed Dakhlalla and Jaelyn Young, a Palestinian and African-American, who were arrested as they attempted to travel to Syria in 2016 in a bid to join the ranks of IS.

“These two individuals hailed from a region of Mississippi with some of the highest levels of ethnic homogeneity and anti-Muslim sentiment in the country, according to our analysis,” said Bail, who wrote the book “Terrified: How Anti-Muslim Fringe Organizations Became Mainstream.”

The study's authors were also able to shed a light on domestic terrorist cases where the attackers did not identify as Muslim. They cited Dylann Roof, who killed nine African-Americans in a South Carolina church in 2015, as an example.

Roof “was reportedly motivated by his belief that white men were becoming an imperilled minority. Roof was also reportedly raised for much of his life in a community where African-Americans are a majority”, Bail said.

The study's authors acknowledge that there are other factors that contribute to and explain radicalisation; financial woes and sexual frustrations can also influence people who turn to violence.

But they said that their study took researchers a step farther towards understanding violent extremism.

President: Tunisia is having severe crisis 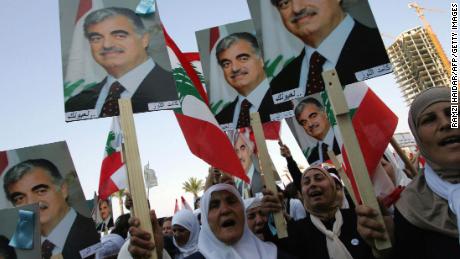