Malaysias king has appealed for calm amid growing racial tensions in the Muslim-majority country after an electoral earthquake in May toppled the Malay-dominated coalition that had ruled the country for decades.

In his inaugural address to lawmakers during the new parliament session, King Sultan Muhammad V urged “every citizen to preserve and strengthen” Malaysias “peace and unity.”

From his part, Malaysian Prime Minister Mahathir Mohamad said Thursday his government cannot implement all the election promises within the first 100 days of rule. He spoke at the Malaysias parliament in Kuala Lumpur.

The countrys 93-year-old former authoritarian leader won the fiercely contested general election in May, ending the 60-year rule of the Malay-dominated National Front.

Race, language and religion are closely intertwined with politics in Malaysia, where Muslim Malays make up about 60 percent of the 32 million population, followed by large Chinese and Indian minorities.

Tensions have increased since May 9 elections that saw the Barisan Nasional coalition, led by ex-prime minister Najib Razak, defeated for the first time since independence from Britain in 1957.

Najibs own party, the United Malays National Organization (UMNO) had been the backbone of the coalition and championed the rights of Malays, who have long enjoyed a favored position in society under an official affirmative action program.

Now in opposition, the UNMO says the government is undermining Malays privileged status. Its supporters fear that the governments plans to officially recognize exams taken in Chinese-medium high schools will challenge the status of Malay as the countrys official language, and have also accused the government of cutting back spending on the redevelopment of mosques.

Lokman Adam, a UMNO supreme council member who led some 300 party members in a noisy protest near parliament, told AFP that race relations between Malays and other minority races were strained.

“Race relations are a bit tense. Malays are restless. We feel Islam is being treated badly (by the new government).”

“We feel the current government is not able to protect Malay rights, Islam, the Malay language and the Malay rulers.” The protestors, chanting “Long live the king” and “Allahu Akbar” were prevented by the police from marching to the parliament building, where the king later made his speech.

Allegations of massive corruption were a major factor behind the defeat of Najibs long-ruling coalition and the ushering into power of a reformist alliance headed by his 93-year-old former mentor Mahathir Mohamad.

Najib has since been charged for corruption over a multibillion dollar financial scandal at the state fund 1MDB. He has denied any wrongdoing. 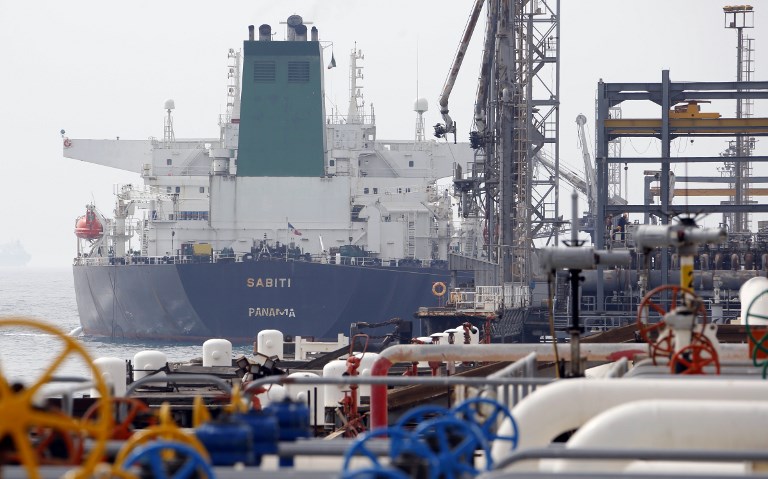