Dwarf elephants on Flores, now extinct, were only as tall at the shoulder as a human

In 2003, researchers digging in a mountain cave on the Indonesian island of Flores discovered astonishing fossils of a tiny, humanlike individual with a small, chimp-sized brain. They called the species Homo floresiensis.

These relatives of modern humans stood just over three feet tall. Several villages in the area, scientists noted, are inhabited by people whose average height is 4 feet 9 inches.

Was this the result of interbreeding long ago between taller modern humans and shorter Homo floresiensis? Fifteen years after the bones discovery, a study of the DNA of living people on Flores has delivered a verdict.

“Its rare in science that you set about to answer a question and you get something of a definitive answer and its the end,” said Richard E. Green, a geneticist at the University of California, Santa Cruz, and a co-author of the study, published Thursday in Science.

“The answer is a clear enough no that Im done with it.”

But as often happens in science, the answer to one question raises new ones. The study shows that at least twice in ancient history, humans and their relatives (known as hominids) arrived on Flores and then grew shorter.

And not just humans: Other research has shown that elephants also arrived on Flores twice, and both times the species evolved into dwarves. So what mysterious power does this island have to shrink the body?

When the fossils of Homo floresiensis first came to light, many researchers hoped they might still hold fragments of DNA. They were encouraged by the initial dating of the fossils — an estimated age of perhaps just 13,000 years.

DNA analysis might have settled the debate over how Homo floresiensis fits into the hominid family tree. Some researchers argued that the bones simply belonged to a modern human with a growth disorder.

Others argued that they belonged to a much more distant branch of the human tree, evolving from a taller hominid species called Homo erectus.

In 2007 Herawati Sudoyo, a geneticist at the Eijkman Institute for Molecular Biology in Indonesia, brought samples of Homo floresiensis fossils to Green, then at the Max Planck Institute for Evolutionary Anthropology in Germany.

Hard as he and his colleagues tried, they failed to get any definitive DNA from the fossils. “We could never really make sense of it,” said Green.

Years later, Green and his colleagues made two important discoveries. They found that humans and Neanderthals interbred; about 1 per cent of the DNA of living non-Africans comes from those vanished hominids.

And researchers discovered a separate branch of hominids, known as the Denisovans. Denisovans and humans also interbred, with the result that living people in East Asia, Australia, and the South Pacific still carry some Denisovan DNA.

At a 2012 scientific conference, Green and Sudoyo got to talking about Homo floresiensis and realised they might not have to look for its DNA in fossils.

What if the ancestors of the people around the cave had interbred with the extinct hominids, inheriting genes for a pygmy body type?

In 2013, they organised a trip to Flores to visit a village called Rampasasa near the cave. With the consent of village elders, Sudoyo and Gludhug A. Purnomo, a research assistant, took saliva samples from 32 villagers.

As the researchers extracted DNA from the samples and analysed it, other scientists were taking a new look at the Homo floresiensis fossils. They realised that the initial estimate of their age was wrong. Instead, the fossils are at least 60,000 years old.

That finding drastically narrowed the window during which modern humans might have shared Flores — and interbred — with Homo floresiensis.

Enlisted by Sudoyo, Dr. Serena Tucci, now a postdoctoral researcher at Princeton University, and her colleagues compared the DNA of the Rampasasa villagers to that of other living people around the world.

But these enigmatic pieces were not dramatically different from human DNA, as you would expect if they had come from Homo floresiensis. Tucci concluded that the Rampasasa villagers have no Homo floresiensis ancestry.

“I wasnt disappointed,” she said, “because they are extremely interesting for other reasons.”

Rampasasa villagers are not short because they descend partly from Homo floresiensis. Instead, their ancestors were taller humans.

But at some point after they came to Flores, they became very short — as did Homo floresiensis before them. And they are not the only mammals to have shrunk.

Those dwarf elephants on Flores, now extinct, were only as tall at the shoulder as a human. Judging from related species elsewhere in Southeast Asia, their ancestors were likely full sized.

Humans have evolved pygmy bodies on a few other islands, including a few in the Philippines and Andaman Islands in the Indian Ocean. Small populations have evolved short stature in rainforests in Africa, South America and elsewhere.

Dogs offer some intriguing clues to how a mammals body can so rapidly evolve. Changes to a single gene called IGF1 are largely responsible for the variations in size among dog breeds, from Great Danes to Chihuahuas.

But that is not what happened on Flores. The Rampasasa villagers carry variants of many genes known to reduce height. Natural selection favoured old variants rather than new mutations.

“This agrees with our own work on African pygmies,” said Ryan Gutenkunst, a biologist at the University of Arizona. “When there is selection on stature, the response is driven by variants in many genes, not just a single gene.”

One leading hypothesis for the evolution of the pygmy body type is a shortage of food. A smaller body demands fewer calories and may offer a survival advantage.

“Whatever the ecological factors are for island dwarfism are, they are present in spades on this island,” Green said of Flores. “Thats what makes it so fascinating.” 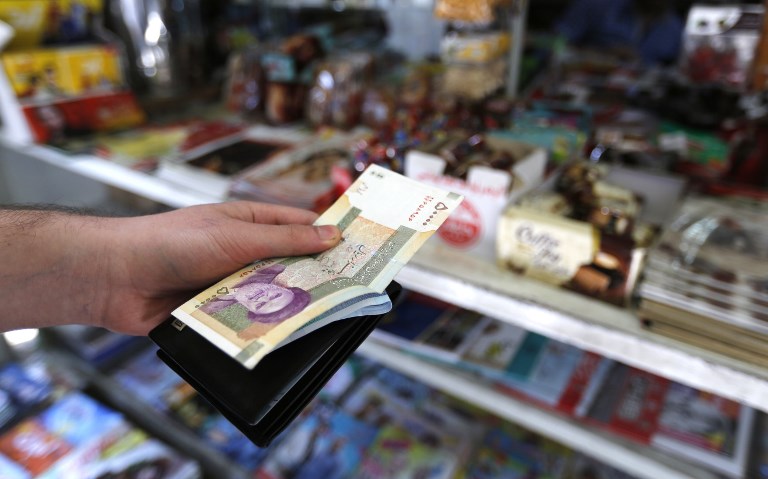