JEDDAH: The 19th annual Arab conference for heads of penal and correctional institutions called for building on successful Arab experiences in dealing with people convicted of terrorist crimes, especially Saudi Arabias pioneering experience in the Mohammed bin Naif Center for Counseling and Care.

The conference was held at the headquarters of the General Secretariat of the Arab Interior Ministers Council in Tunisias capital.
It called for member states to provide the General Secretariat of the Arab Interior Ministers Council with reports about adopting community service as an alternative penalty in place of deprivation of liberty.
The conference demanded the preparation of standards from the General Secretariat to specify the severity of inmates in penal and correctional institutions, drawing on the experiences of Arab and foreign counties and Arab organizations and the relevant states expertise.
The conference called for the organization of a workshop on dealing with people convicted of terrorist crimes in penal and correctional institutions, in collaboration with Naif Arab University for Security Sciences (NAUSS) and the UNs office, affiliated with the European Commission, which deals with drugs, crimes and the counter-terrorism bill in the Middle East and North Africa.
The final declaration of the conference noted that the council adopted a code of conduct for workers in penal and correctional institutions and recommended circulating it to state members for guidance. 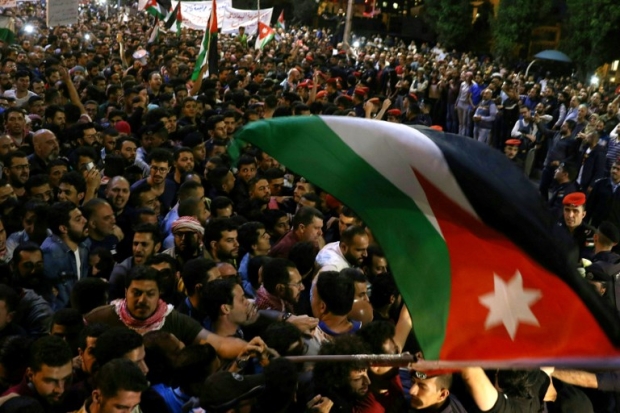 Do Jordan protests herald a new phase of the Arab Spring in 2019?