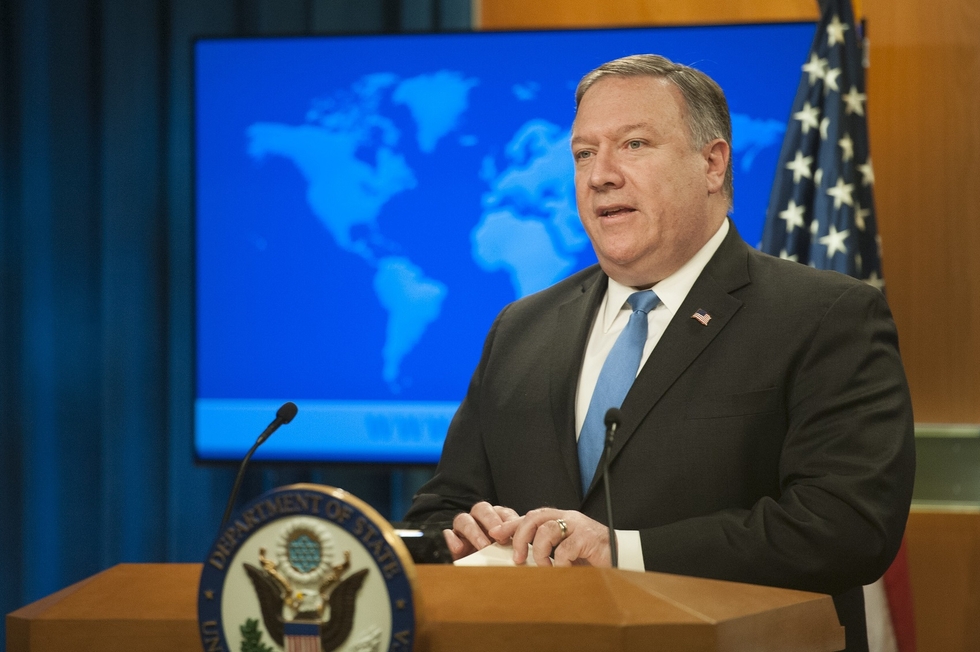 US Secretary of State Mike Pompeo announced on Thursday the establishment of the Iran Action Group, a task-force that would coordinate all of President Donald Trump's efforts against Iran.

The group will be led by Brian Hook, a State Department official who served as an adviser to John Bolton in 2006 when the Iran hawk was US ambassador to the United Nations.

"The Iran Action Group will be responsible for directing, reviewing and coordinating all aspects of the State Department's Iran-related activity, and will report directly to me," Pompeo said at a news conference.

In May Trump withdrew out of the Iran nuclear deal, despite the protests of European allies. The agreement saw Iran drastically scale back its nuclear programme in exchange for lifting economic sanctions.

Washington re-imposed sanctions on Iran earlier this month with more measures against the Islamic Republic's oil industry set to take place in November.

On Thursday, Pompeo slammed the deal as "flawed", vowing to pressure Tehran in a campaign of support for the "long-suffering Iranian people".

"Our hope is that one day soon we can reach a new agreement with Iran," Pompeo said. "But we must see major changes in the regimes behaviour both inside and outside of its borders."

The National Iranian American Council (NIAC), a Washington-based advocacy group, slammed the establishment of the Iran Action Group, calling it an attempt to implement Pompeo's "dangerous vision" for Iran without the scrutiny of State Department officials.

"The Iran Action Group echoes the lead-up to the 2003 invasion of Iraq, when the George W. Bush administration launched the 'Office of Special Plans' out of the Pentagon to cherry-pick intelligence and make the case for a bloody war," NIAC president Jamal Abdi said in a statement.

"It is particularly alarming that Brian Hook, a person who touted his ties to John Bolton and oversaw a disastrous deterioration of Iran policy, is tasked with escalating tension with Iran and sabotaging diplomatic opportunities."

An unstable Iran would actually be very bad for the US

Hook said the goal of his division will be to execute Trump's Iran strategy to protect the security of the US and its allies and to "promote a brighter future for the Iranian people".

He added that the State Department to Iran's "malign activity", including what he described as Tehran's "aspirations for nuclear weapons".

"The Iran regime has been a force of instability and violence," Hook said on Thursday.

Hook had been negotiating with Washington's European allies to comply with US sanctions on Iran's oil sector.

The State Department official had come under criticism in April for suggesting that Washington was no longer bound by the nuclear deal because it was signed by President Barack Obama who was no longer in office.

"This JCPOA is not a treaty, it's not an executive agreement. It has no signatures. It has no legal status. It is a political commitment by an administration that's no longer in office," he said then, according to NPR.