Here's a breakdown of how some of its key elements work.

As Iranian strikes against bases housing US troops in Iraq on Wednesday show, Tehran has developed some dependable ballistic missiles."The strikes demonstrate Iran's ballistic missiles have accurate and precise guidance systems," said Carl Schuster, a former director of operations at the US Pacific Command's Joint Intelligence Center, noting that the more than dozen missiles fired at US targets did not cause a single casualty, something he and other analysts said was by design, not happenstance.It also sent a message of deterrence, because dozens of installations with US troops in the Middle East are well within range of Iran's missile arsenal, which the International Institute for Strategic Studies (IISS) reports is the largest in the region."If they wanted to, and almost with very little warning, the Iranians can strike any one of these locations," said James Marks, a retired US general and CNN analyst. About 60,000 US troops are at risk, he said.A November report from the IISS also notes that any attempt by the US to take out Iran's missiles faces huge challenges. "Iran relies on mobile launchers and tunnels to increase missile survivability, and its launching pads are scattered throughout the country. These factors complicate enemy preemption or prevention," it said.

While the US Navy has big ships bristling with the latest technology, Iran takes a decidedly different approach on the water: swarm tactics.In a highly visible military exercise in 2015, naval forces from Iran's Islamic Revolution Guards Corps used 100 small boats to blast a replica of the aircraft carrier USS Nimitz in the Persian Gulf.Troops aboard the small boats fired shoulder-launched missiles, rockets and mortars at the Nimitz replica, with photos showing it erupting in fire and smoke.The IISS report says Iran could have 3,000 to 5,000 of these small boats and the perfect spot to use them — the Strait of Hormuz at the entrance to the Persian Gulf."Surprise, confusion and speed are essential to their effectiveness, and the confined space of the Strait of Hormuz, which is only about 32 kilometers (20 miles) across at its narrowest point, increases the probability of a successful swarm attack," the IISS report said.During those 2015 exercises, Iran also practiced laying sea mines. It was an Iranian mine that almost sank the frigate USS Samuel B. Roberts in the Persian Gulf in 1986. Schuster says that mine used World War I technology, but during the 2015 war games, an Iranian commander said it had developed even better know-how."We have the most advanced sea mines which cannot be imagined by the Americans," said Rear Adm. Ali Fadavi, then-commander of the Iranian naval forces.Iran plays the numbers game with mines too. The US Defense Intelligence Agency says it has 5,000 of them, both new and older versions.The IISS says it augments those numbers with subterfuge."Iran can employ real mines along with thousands of fake ones, making it very difficult for minesweepers to neutralize the threat and decreasing the pace at which enemy naval forces can mobilize," it said.

The beginning of any large-scale US air attack on Iran would likely involve suppression of its air defense sites, according to Schuster.But Iran knows this and has developed its own advanced mobile air defense system with integrated radars and missiles that could even target the highest-flying US aircraft, according to the IISS.The system, called Sevom-e-Khordad, facilitated Iran's shootdown of a US drone in June, IISS says.Since 2017, Iran has possessed long-range SA-20c surface-to-air missiles provided by Russia, according to the US Defense Intelligence Agency, which calls the system Iran's "most capable component of its integrated air defense system" in its 2019 assessment of Tehran's military.

When a US airstrike Read More – Source

Enough to save face? Iran, US de-escalate but region remains on edge 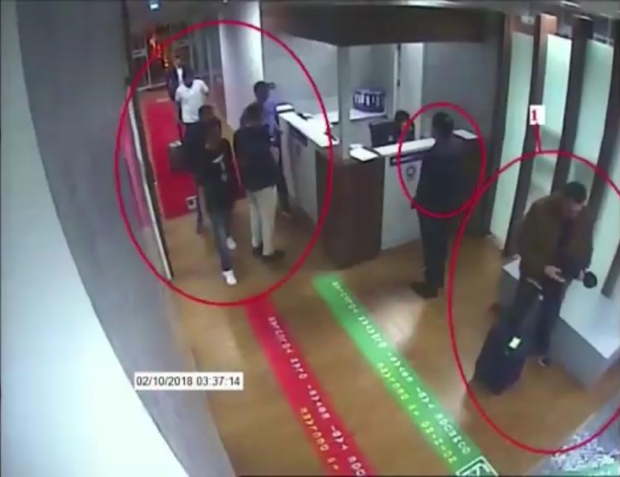