NEW DELHI: The Supreme Court on Thursday ruled that the Covid-19 pandemic is not a grave public emergency threatening the security of the country that it should enable governments to suspend provisions of the Factories Act that mandate employers to pay workers overtime at double the normal wage rate.
To allow factories and production houses to tide over loss of revenue during the lockdown period, the Gujarat government had issued a notification allowing employers to increase working hours from 9 to 12 for six days a week. However, it also allowed the employers to pay normal wages for the extra three hours instead of the statutory double the normal rate. The notification issued was initially applicable from April 20 till July 19 and now extended to October 19.
The SC order is significant as it will be applicable to all states that may have taken similar measures or are contemplating them. "It (pandemic situation) cannot be interpreted to provide a free rein for the state to eliminate provisions promoting dignity and equity in the workplace in the face of novel challenges to the state administration, unless they bear an immediate nexus to ensuring the security of the state against the gravest of threats," the bench said. The court also said workers eligible for overtime should be paid the correct dues.
Hearing petitions by two trade unions challenging the validity of the notification, a bench of Justices D Y Chandrachud, Indu Malhotra and K M Joseph said, "The question before the court in this petition is whether the Covid-19 pandemic and the ensuing lockdown imposed by the central government… have created a public emergency as defined by the explanation to Section 5 of the Factories Act."
Writing the 41-page judgment, Justice Chandrachud said, "The pandemic has put a severe burden on existing, particularly public health, infrastructure and has led to a sharp decline in economic activities… However, it has not affected the security of India, or of a part of its territory in a manner that disturbs the peace and integrity of the country."
The bench said Covid-19 cannot be an excuse for the state government to rob the workers of their right to statutory wages by equating the health emergency with a grave emergency.
"The economic hardships caused by Covid–19 certainly pose unprecedented challenges to governance. However, such challenges are to be resolved by the state governments within the domain of their functioning under the law, in coordination with the central government. Unless the threshold of an economic hardship is so extreme that it leads to disruption of public order and threatens the security of India or of a part of its territory, recourse cannot be taken to such emergency powers which are to be used sparingly under the law. Recourse can be taken to them only when the conditions requisite for a valid exercise of statutory power exist under Section 5. That is absent in the present case," the bench said.
"As a consequence of this judgement, and in the interest of doing complete justice under Article 142 of the Constitution, we direct that overtime wages shall be paid, in accordance with the provisions of Section 59 of the Factories Act to all eligible workers who have been working since the issuance of the notifications," the court directed.
The court said the nRead More – Source

Hathras sealed, Sec 144 put in place for a month to curb protests 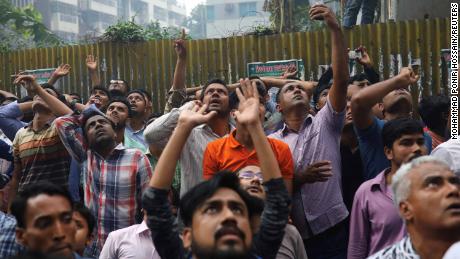