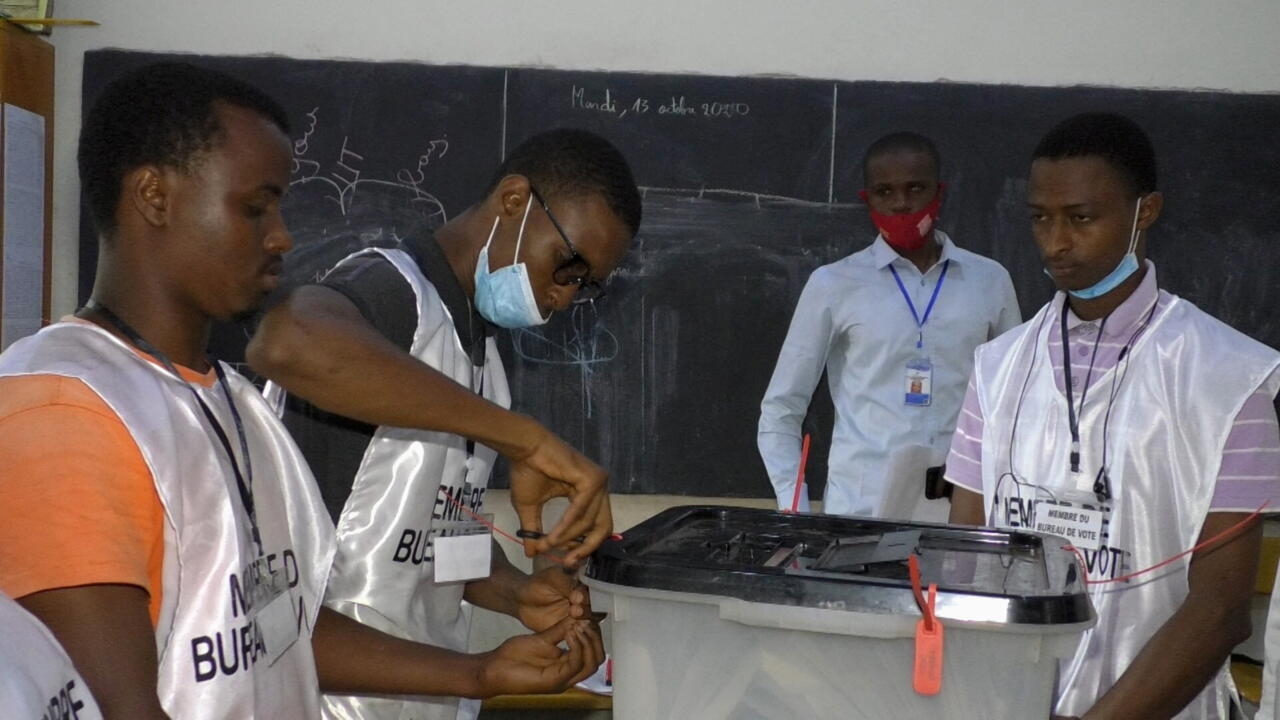 African monitors said Tuesday that Guinea's weekend election was conducted properly, but the political opposition to incumbent Alpha Conde, which has already claimed victory, dismissed it as fraudulent.

In three of the four districts, Conde secured more than the 50 percent needed to avoid a runoff vote, although an electoral commission official told AFP it was "impossible to extrapolate" to the final national result, expected later this week.

The opposition campaign has been setting the stage for an election dispute, with Fofana accusing the government of "large-scale fraud" in counting ballots from the hotly contested October 18 poll.

Conde, 82, is seeking a controversial third presidential term, a move that has triggered months of deadly unrest in the West African nation.

But earlier on Tuesday, monitors from regional African blocs cast the vote as mostly fair.

Augustin Matata Ponyo, the African Union's head of mission in Guinea, said the ballot took place "in transparency", for example. The head of the West African ECOWAS monitoring mission also said the vote was lawful.

AFP was unable to independently confirm the deaths, but an AFP journalist saw three injured people and heard gunfire in a Conakry suburb on Monday night.

Meanwhile in a seeming response to Diallo's self-proclaimed win, security forces dressed in riot gear surrounded his house in the capital. He tweeted that he was trapped inside.

Security forces killed dozens of people in protests against a Conde third term, which began in October last year.

Although polling day was mostly calm, Diallo's self-proclaimed election victory has ratched up tensions in the former French colony of some 13 million people.

The government insists the vote was fair and that only the official electoral authority can declare the results.

The international community is concerned too. The United Nations, African Union, and the 15-nation ECOWAS called the premature declaration of results "regrettable", in a joint statement on Monday.

"This state of affairs is not conducive to preserving calm," the statement said.

But on Tuesday, the communications director for Diallo's UFDG party, Ousmane Gaoual Diallo, said the party's own analysis of polling data collected from individual stations showed the opposition leader had won over 50 percent of the votes.

The official polling-station reports sent to the electoral authority are "completely different" to the actual results, he told AFP.

Twelve candidates are vying for the presidency, but Read More – Source