Western states have long laboured under an illusion that they have evolved beyond wars of religion. The Crusades and The Thirty Years War are bloody chapters of history, not dimensions of contemporary foreign policy.

Even detractors of the United States' imperialism and its borderless War on Terror consider the wars to be wars of nationalism, not religion.

Steve Bannon is preparing Trump for a holy war. No, really

The Trump presidency, however, should be a moment to reconsider the truthfulness of the supposed secularism of Western wars – and it is perhaps time to accept the deeply uncomfortable truth, that Trump is fighting a religious war.

On the 29November, Trump retweeted three videos from far-right campaigner Jayda Fransen of Britain First, a fascist and vitriolically anti-Muslim group from the United Kingdom. The move was denounced by political leaders abroad as quickly as it was defended by the White House.

The first video, now debunked, shows a supposed Muslim migrant attack a Dutch teen on crutches. The second shows an Islamic State leader destroying a statue of the Virgin Mary. The third video was titled "Islamist mob pushes teenage boy off roof and beats him to death!".

The videos are regular outpourings from Britain First, famous for sharing anti-Muslim propaganda on social media and provocative displays of religious zealotry, such as "Christian patrols" and "mosque invasions".

Trump believes, like Stephen Bannon, that Muslims and Islam present a civilisational threat to the Christian West

By retweeting them however, Trump provides us an insight into his own thoughts. He believes, like Stephen Bannon, that Muslims and Islam present a civilizational threat to the Christian West.

This isn't simply a private belief, but is increasingly reflected in US policy. The much debated "Muslim ban" is another factor that reveals how significant religious identity is to Trump. Aside from overtly identifying Muslims as a threat, it also included an exception for "religious minorities", aimed at allowing Christian minorities – in particular – to enter.

It's not that all immigrants are dangerous or all foreigners are a problem. The ban is specifically about Muslims.

During the campaign trail, Trump promised "We're going to protect Christianity", and a raft of executive orders and shifts in policy since taking office have proved Trump uncharacteristically true to his word – this includes repealing the Johnson Amendment (much begrudged by evangelical churches) and providing greater protections for "religious liberty".

Likewise, Vice President Mike Pence recently announced changes in US foreign aid, with money being redirected from the UN to Christian minorities in the Middle East through direct partners, stating "Christianity is under unprecedented assault in those ancient lands where it first grew" from radical Islamic terrorists who are "animated by hatred for Christians and the Gospel of Christ".

The remarks were made at a dinner titled "In Defense of Christians" attended by Pence and other senior White House officials.

This vocal rhetoric is accompanied by a continuation of US military presence in Muslim-majority countries, with unprecedented levels of bombing under Trump of Iraq and Syria, and increased military activity in Yemen, Somalia, and Pakistan.

Is it time to accept the United States is fighting a global religious war? It's rhetoric, policies and military activity is cut clearly along religious lines.

.@Theresa_May, don’t focus on me, focus on the destructive Radical Islamic Terrorism that is taking place within the United Kingdom. We are doing just fine!

It is perhaps worth revisiting the one-time White House chief strategist Steve Bannon's words as spoken to a closed group of leaders of the Catholic Church, that Western civilisation is "at the beginning stages of a global war against Islamic fascism", a speech in which he urged those present to "fight for our beliefs against this new barbarity".

Given the first year of Trump's presidency, it is hard to see how Trump does not believe the same.

This charged religious rhetoric is not absent from Europe either. Aside from burkha bans, hijab bans, and minaret bans, there is the rise of virulently anti-Muslim political parties such as Geert Wilder's Freedom Party in the Netherlands, Marine Le Pen's National Front in France and the Law and Justice party in Poland.

The threat of Islam and the defence of Christianity has become a new rallying cry for the far-right.

Neither should we imagine that all of this is recent. George Bush, a passionate born-again evangelical, and Tony Blair, a convert to Catholicism, both revealed how closely their decision for war in Iraq was embedded in their faith.

A century ago the capture of Jerusalem from the Ottoman empire was seen by leaders such as the UK's then prime minister David Lloyd George, a devout evangelical, as a great victory for Christendom.

And no one who understands the apocalyptic view of the world as seen through the eyes of American evangelicals can fail to see how this informs US political support for Israel.

It's worth stating that the presence of religion in public and political discussion is not the problem. The problem is that the majority of Western intellectuals, analysts, and campaigners have yet to accept the nature of Trump and US policy, and as such, are ill-prepared to combat it.

From the articulation of the Doctrine of Two Kingdoms by Martin Luther, Western states were set on an intellectual path that would come to see religion and politics as two separate spheres.

This has only ever been a partial truth, but is nonetheless forms a central pillar of Western self-identity. The West is secular and rational. It is the East that has the religious zealots.

It has never been more important however to break with this notion, and undo the blinkers it puts on the analysis of many commentators. For a start, it will help in understanding contemporary terrorism.

The silence of Trump: How US president gives tacit support to terror against Muslims

Being unable to see the ways in which the era of European colonialism and Western hegemony are embedded with religious identities, and in particular, the power disparity in Christian-Muslim relations, has led many to err in their judgement on the source and solution to terrorism.

Also, for many American and European citizens, understanding how religion is embedded in their own nations' politics may help them better understand countries in which the relationship between religion and politics is remarkably different.

But perhaps most importantly, the largest military in the world has a commander in chief who sees himself as the defender of Christendom, sees Muslims as the enemy, and is making life-and-death decisions on that basis.

It is shocking and it is deeply unsettling but in order to have any chance of undoing the damage of Trump, we must be prepared to reckon with this inconvenient truth.

-Dr Abdul-Azim Ahmed is an academic and freelance journalist. He has written for the Independent, the New Statesman, and is currently authoring a book on contemporary British mosques. Abdul-Azim is also editor of On Religion Magazine, a quarterly publication that examines religion and society.

Photo:Noor Hindi and Sham Najjar, who were born in the US of Syrian parents, demonstrate against the immigration ban imposed by President Trump at Los Angeles International Airport (AFP) 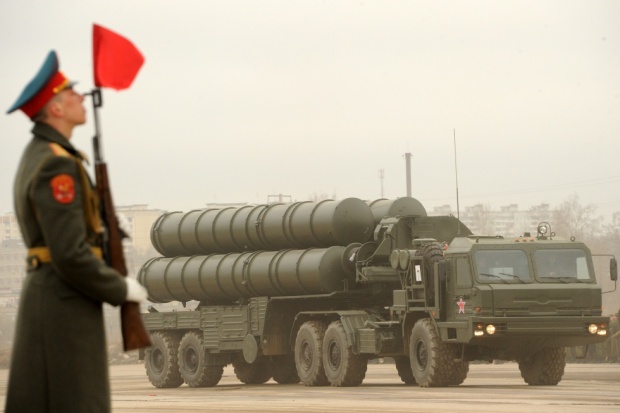