"At half past midnight (2230 GMT Friday), the Israeli enemy fired several surface-to-surface missiles at a military position in Damascus province," the state SANA news agency reported.

"The air defences of the Syrian army were able to deal with the attack … destroying two of the missiles," it said, adding that the attack nonetheless caused "material damage".

The Syrian Observatory for Human Rights (SOHR), a Britain-based group that monitors the war through a network of contacts in Syria, said the missiles, presumably Israeli, targeted "positions of the Syrian regime and its allies" southwest of Damascus near the town of al-Kiswa.

"An arms depot was destroyed," said Observatory chief Rami Abdel Rahman, adding that it was not immediately clear whether the warehouse was operated by the Syrian army, or its allies Iran or Lebanese militant group Hezbollah.

The Israeli air force has previously acknowledged carrying out repeated air and missile strikes within Syria since the outbreak of the bloody civil war to stop arms deliveries to Hezbollah, with which it fought a war in 2006.

The militia has played a key role in supporting the Syrian regime forces of President Bashar al-Assad in recapturing territory from Syrian rebels and Islamic State militants.

Israel has also grown deeply alarmed at the increasingly prominent role regional rival Iran has played in the neighbouring conflict. Iran has provided critical support to the Syrian military and Hezbollah.

On a visit to Damascus in October, Iran's military chief warned Israel against breaching Syrian airspace or territory.

Israel seized 1,200 square kilometres (460 square miles) of the Golan Heights from Syria in the Six-Day War of 1967 and later annexed it in a move never recognised by the international community.

The latest incident came after Syrian government representatives quit UN-led peace talks in Geneva to end the civil war on Friday, saying it would not return until the Syrian opposition withdraw a statement demanding that President Assad play no-role in an interim post-war government.

The civil war which begain in 2011 has killed hundreds of thousands of people and driven 11 million from their homes.

So far all previous rounds of negotiations have failed to make progress, faltering over the future role of President Assad. Syrian Ambassador to the United Nations and head of the government delegation Bashar al-Jaafari (C) arrives prior to a round of negotiations during the UN-led Intra-Syrian talks in Geneva on November 30, 2017 (AFP)

After a morning of talks, Syria government chief negotiator Bashar al-Ja’afari said: "For us [this] round is over, as a government delegation. He as mediator can announce his own opinion," referring to UN mediator Staffan de Mistura.

"As long as the other side sticks to the language of Riyadh 2 … there will be no progress,” Ja‘afari said, referring to a position adopted in Riyadh last week in which the opposition stuck to a demand to exclude Assad from a transitional deal.

Riyadh 2 was a "mine" on the road to Geneva, he added and accused the opposition of imposing preconditions on the talks and purposefully undermining them.

The opposition spokesman Yahya al-Aridi rejected the claims saying his side sought a "political solution" to the war.

"We have come to this round with no preconditions," he told reporters.

"Now, not coming back is a precondition in itself. It's an expression or a reflection of a responsibility toward people who have been suffering for seven years now," Aridi said. 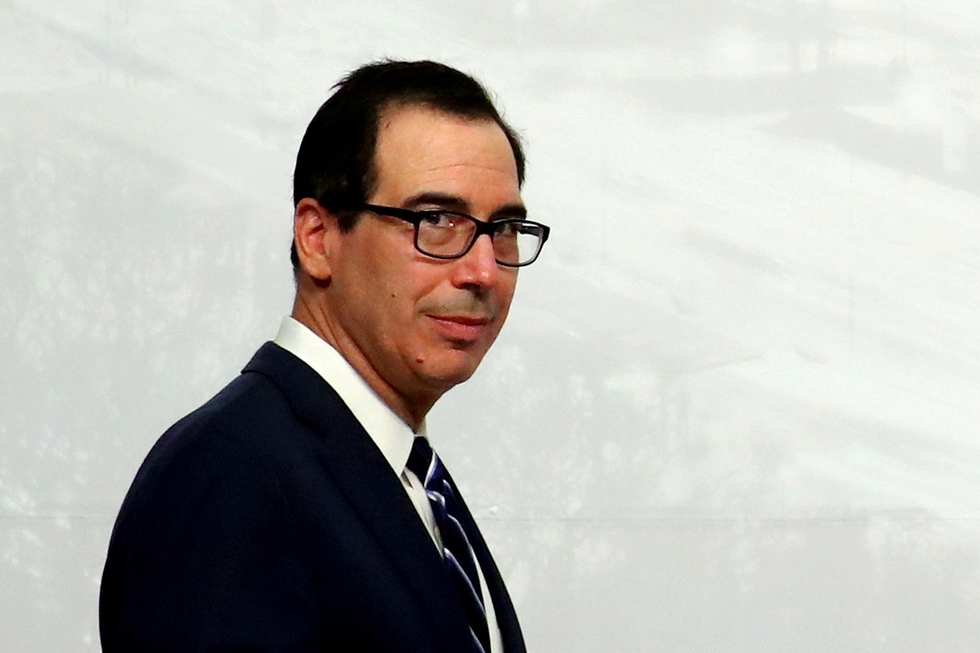 We will fight corruption ‘fairly and firmly,’ King Salman says