It ended nearly as soon as it began.

There was a grand entrance for the cameras followed by a 15-minute closed session, and then the Gulf Cooperative Council summit in Kuwait was officially over, and a second day of meetings cancelled on the spot.

Even before they sat down, the announcement of a new UAE-Saudi pact – perfectly timed just before the summit – paired with the arrival of less-than-head-of-state-ranking diplomats from most of the participating countries, spelled trouble.

But this was an organisation in crisis long before the rift pitting the Saudis, Emiratis, Bahranis and Egyptians against the Qataris began in June.

Will it meet again? Probably. Will it accomplish anything meaningful on a large scale? Probably not – but that's not because of the rift, say experts.

First formed in May 1981, primarily as a security pact in the wake of the Iranian revolution and at the start of the Iran-Iraq war, the GCC has been more a security blanket than hardened security alliance over its 36 year history.

When Iraqi leader Saddam Hussein invaded Kuwait in 1991, for example, the US-led coalition came to the aid of the Kuwaitis, not the GCC.

“It has had some economic benefit harmonising rates and taxes and getting rid of border control and that kind of thing and the ID card is an important thing for Gulf nationals,” said David Roberts, assistant professor at King's College London and Author of 'Qatar: Securing the Global Ambitions of a City State'.

“There are some important elements, but time and again, it just seems to be conspicuously failing in recent years and that’s the problem.”

There are some important elements, but time and again, it just seems to be conspicuously failing in recent years and that’s the problem

However, the blockade against Qatar that has resulted from the rift has made many of the GCC’s achievements – open borders, for example – largely irrelevant, said Courtney Freer, Kuwait Programme research officer at the London School of Economic's Middle East Centre.

“The average Gulfie’s daily life – I don’t know how much it would be affected by the dissolution of the GCC considering that the freedom of movement has already been removed because of the blockade,” Freer said.

“The blockade has made the GCC an empty husk of an organisation anyway because there is no unity. There is the exact opposite.”

And it's likely that the organisation will carry on, carrying on, like a vestigial organ.

"Organisations in the Gulf often don't disappear in the sense of a formal break up or dissolution," tweeted Kristian Ulrichsen, Rice University's Baker Institute for Public Policy and Chatham House associate fellow, on Tuesday.

"Instead, they become ever more marginal and irrelevant… This may now happen with the GCC as the spine of policymaking moves to a Riyadh-Abu Dhabi axis."

It is not immediately clear beyond a statement released on Tuesday what the new Emirati-Saudi pact will mean, but the timing was clearly deliberate, said Roberts.

Unlike an older generation of Arab leaders who may feel nostalgic for the GCC, Mohammed bin Salman and Mohammed bin Zayed "believe that the GCC has proven itself to be useless time and again, particularly in recent years," he said. "They prefer actions to words."

The real question – GCC or not – is what will bring Gulf countries back together again. Kuwait has attempted to mediate between the Qataris and the Emiratis and Saudis, but more than six months in, both Freer and Roberts said it's American mediation that is needed – and that both sides are apparently asking for – to heal the rift.

But with the US State Department in disarray and US President Donald Trump and Secretary of State Rex Tillerson on different song sheets over the rift, chances of that seem slim.

Meanwhile, Freer said, unlike former Gulf spats, this latest tussle has unfolded publicly, making it hard for any of the sides to back down – or calm citizens whose lives are impacted and who have taken to writing songs and creating memes to back their sides.

"It was easier for them then to come to an agreement [in 2014], but now populations are involved and have a stake in what happens," she said.

US will recognise Jerusalem as Israel’s capital, says Trump 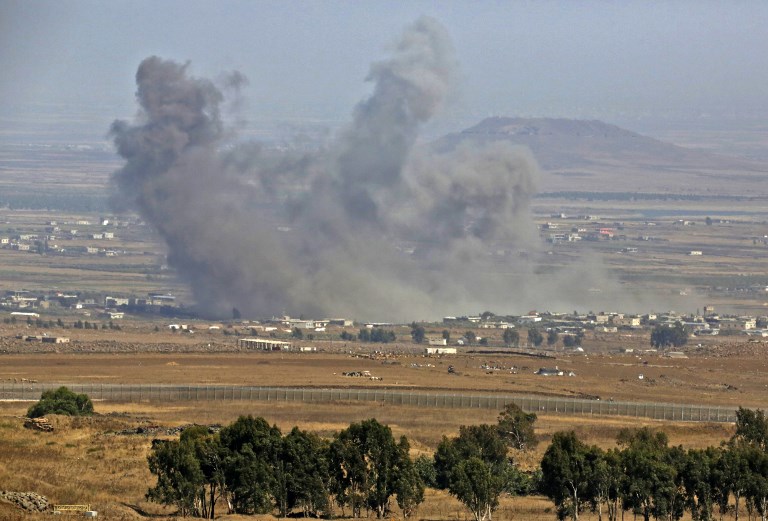