Nazareth, the city where Jesus is believed to have been raised, has cancelled some Christmas celebrations in protest against US President Donald Trump's recognition of Jerusalem as Israel's capital, an official said.

Trump announced the move last week, reversing decades of US policy by recognising Jerusalem as the capital of Israel, jeopardising Middle East peace efforts and upsetting the Arab world and Western allies alike.

Nazareth, a predominantly Palestinian city in Israel that has a Muslim and Christian population of 76,000, is one of the Holy Land's focal points of Christmas festivities.

"We have decided to cancel the traditional Christmas singing and dancing because we are in a time of dispute, because of what Trump has said about Jerusalem," city spokesman Salem Sharara said.

Nazareth is traditionally thought to be where Jesus grew up. The imposing Basilica of the Annunciation in central Nazareth is built on a site that many Christian faithful believe was the childhood home of Jesus' mother, Mary.

Sharara said the town's market stalls and the traditional Christmas church services will be held as they are every year.

Nazareth Mayor Ali Salam said the US move "has taken away the joy of the holiday".

Within an hour of the announcement, the Palestinian towns of Bethlehem, Jesus's traditional birthplace, and Ramallah in the Israeli-occupied West Bank, briefly switched off their Christmas lights in protest.

There was no word from the Bethlehem municipality whether it was also weighing a cutback on its celebrations at a crucial time of year for the town's tourist trade.

Evangelical Christians in the US were a driving force behind recognising Jerusalem as Israel’s capital, but Christian leaders across the world denounced the move.

"God is weeping over President Donald Trump’s inflammatory and discriminatory recognition of Jerusalem as the capital of Israel," Tutu, an outspoken advocate for Palestinians, said.

Pope Francis also voiced opposition to the move, saying he could not remain silent.

It's personal: How Trump betrayed both Abbas and Abdullah of Jordan

“And at the same time, I wish to make a heartfelt appeal to ensure that everyone is committed to respecting the status quo of the city, in accordance with the relevant resolutions of the United Nations,” he told a general audience on Wednesday.

Palestinian Christians inside Jerusalem itself had called on Trump not to go through with the move.

“We are certain that such steps will yield increased hatred, conflict, violence and suffering in Jerusalem and the Holy Land, moving us further from the goal of unity and deeper toward destructive division,” Christian Orthodox archbishops wrote in a letter to the US president on Tuesday. 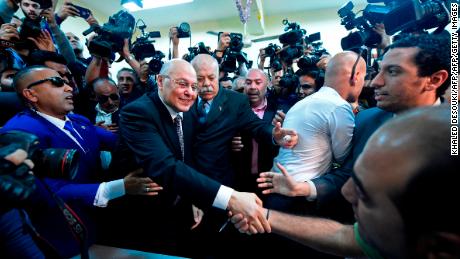