Nora, not her real name, suffered crippling injuries in an air strike two years ago (Save the Children)

The Saudi-led coalition is pushing Yemen towards an "apocalyptic situation", aid agencies warned on Wednesday, the 1,000th day since the beginning of a military intervention by Riyadh which has rained bombs on the country and starved its people amid conditions akin to a "medieval siege".

Millions of Yemenis continue to be deprived of food, fuel, and medicine as Saudi Arabia maintains its blockade on the northern ports of Yemen.

The blockade has further compounded the precarious situation inside Yemen and, according to a report published by Oxfam on Wednesday, pushed millions of Yemenis to the brink of famine.

And the war seems to be moving into a more dangerous phase.

Last week saw claims by the US that Iran is supplying short-range ballistic missiles to the Houthis, which Tehran on Wednesday denied.

On Tuesday an attempted missile strike on a royal palace in the Saudi capital was launched by Houthi rebels. The missile, the third in six weeks launched from Yemen, was intercepted by Saudi air defences.

Nearly 5,300 civilians have been killed while three million have been forced to flee their homes over the past 1,000 days, according to Oxfam.

The UK-based charity also noted that one million people are suspected to have contracted cholera, a disease caused by contaminated water, in the world's worst outbreak ever recorded.

Civilian casualties due to the violence are being dwarfed by deaths due to disease and hunger, although exact figures have not been collected. Save the Children warned last month that 50,000 children would die by the end of the year, with the UN warning that one child was dying every 10 minutes.

Oxfam said that all parties to the conflict bear responsibility for the "huge levels of human suffering and all are responsible for violations of international humanitarian law".

But it said that countries that had supplied Saudi Arabia with weapons, including the UK and the US, had fuelled the destruction and called on world leaders to pressure all parties to the conflict to "reach an immediate ceasefire to end the bloodshed".

Mark Goldring, Oxfam's Chief executive said that the UK in particular had to act decisively because of its responsibility for Yemen on the United Nations Security Council.

"For 1,000 days, huge amounts of sophisticated modern weapons have pounded Yemen. We are now witnessing a Medieval siege where mass starvation is being used as a weapon of war," said Goldring.

"The UK, as the country responsible for action on Yemen on the UN Security Council, can make a difference. It needs to act decisively, use its unique position to bring collective action to an end the blockade."

Oxfam's call for action was echoed by Tamer Kirolos, Yemen Country Director for Save the Children.

“It’s been 1,000 days since the Saudi Arabia and UAE-led coalition started bombing and fighting in Yemen, and even longer since deadly violence broke out across the country. In that time, the devastation of Yemen has been unimaginably absolute. The conduct of all warring parties, without exception and including the Houthis, has been deplorable," he said.

“We cannot allow the war in Yemen to continue for even one more day. If those in power, or those with the influence to end this war, do not bring about a peaceful solution to the conflict they will be complicit in condemning the children of Yemen to even more death and misery.”

The charity highligted the case of a 13-year-old girl who it called Nora, not her real name, who is wheelchair-bound after the blast wave from an airstrike two years ago knocked her down and seriously damaged her spine.

“I used to go to school on foot, my life was beautiful because I could walk and write. Now, I can’t walk to school. I can only go with the wheelchair. I used to be able to sit in a chair at my desk and write but now when I try to write, my hand hurts because of the injury in my back. I used to love writing, but now I can’t even hold a pen,” she said.

The humanitarian situation inside Yemen has continued to worsen with the cost of helping the millions suffering increasing by the month, according to Oxfam.

The report noted that despite Britain and the US being the most significant donors to UN appeals to help Yemen, both countries had pocketed "four times the amount of the Yemen 2017 UN appeal" in arms sales to warring sides of the conflict.

"While the US and the UK are among the biggest donors to the 2017 appeal – representing together over 46 percent of the funding – they are also benefiting from over $10 billion worth of arms sales," said Oxfam. A Saudi-led coalition has been waging an air campaign against Iran-allied Houthi rebels since March 2015 in an attempt to shore up the internationally recognised government of exiled President Abd Rabbuh Hadi.

The UN Human Rights Office on Tuesday said it had counted 136 dead civilians and another 87 injured in Saudi strikes in Sanaa, Saada, Al Hudayda, Marib, and Taiz, between 6 and 16 December.

The Saudi air strikes have intensified since Houthi-backed rebels killed ex-president Ali Abdullah Saleh earlier this month after his alliance with the rebels collapsed when he made overtures towards the Riyadh.

UN rights chief Zeid Raad al-Hussein lamented "the total impunity that seems to exist in attacks from all sides" despite the "majority of casualties still coming from the [Saudi] coalition air strikes".

In an interview with AFP on Monday, Hussein said that a combination of the violence and a blockade the coalition imposed on rebel-held ports last month blocked desperately needed aid. 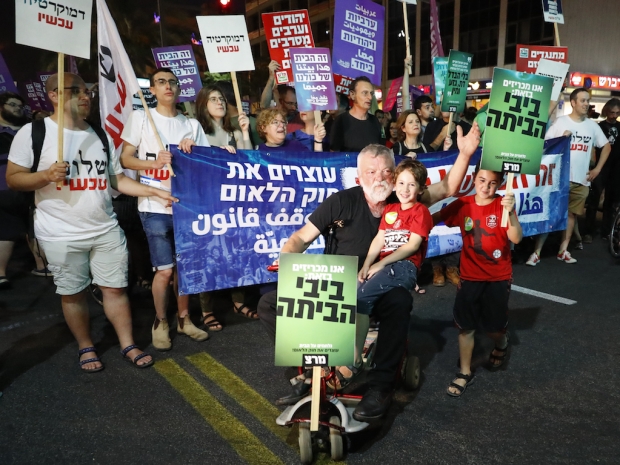 ‘Jerusalem is our right’: Palestinians enraged