JEDDAH: The Iranian regime continues to smuggle weapons and rockets to the Houthi militias in Yemen with the aim of attacking the Kingdom, its people and vital interests, said Saudi Foreign Minister Adel Al-Jubeir.
He was addressing an emergency meeting of the Council of Foreign Ministers (CFM) of the Organization of Islamic Cooperation (OIC) in Jeddah on Sunday.
The meeting reviewed the overall situation of Yemen, Iran’s destabilizing role in the country and Houthi militia aggressive actions against Saudi Arabia.
“The Kingdom has so far provided $10.2 billion worth of humanitarian assistance to Yemen,” said Al-Jubeir.
OIC Secretary-General Yousef Al-Othaimeen condemned the actions of the Houthi militia and its refusal to respond positively to the UN and regional efforts to resolve the crisis in Yemen through peaceful means.
Al-Othaimeen expressed solidarity with Saudi Arabia and backed all the actions taken by the Kingdom to protect its land.
The OIC chief categorically said: “We must stand against all those who support terrorist militias.”
He also deplored the Houthis’ ongoing violation of human rights in Yemen, the killings of former Yemeni president and senior politicians.
Maha Akeel, head of the OIC’s information department, told Arab News: “OIC condemns Iran’s violation of the CFM resolution adopted at the Makkah Conference in November 2016 and relevant UN Security Council resolutions, by continuing to provide militias with arms, particularly Iranian-made ballistic missiles.”
The OIC official said Iran should abandon its divisive policies and must stop supporting terrorist groups in the region.
On the sidelines of the ministerial meeting, another meeting was held to discuss political, security and humanitarian developments in Yemen. Chaired by the OIC chief, the meeting condemned the Houthis’ military actions along the Yemeni-Saudi border, bombing of facilities and citizens inside Saudi territory, and the launching of ballistic missiles against Saudi Arabia, an act considered as blatant aggression against Saudi territory and a threat to regional peace and stability.
Al-Othaimeen said the OIC was closely monitoring the situation in Yemen. The final communiqué of the meeting reiterated OIC’s strong commitment to stand with Yemen’s unity, sovereignty, political independence and territorial integrity.
The meeting rejected foreign interference in Yemen’s internal affairs. It praised the role played by the Arab coalition countries and all Arab and Islamic countries in supporting the legitimate leadership in Yemen and the Yemeni people as well as supporting the peaceful solution and the reconstruction of Yemen.
It also urged the OIC member states to intensify and coordinate their efforts to reach a political solution to the Yemeni crisis and to provide more humanitarian and development assistance.
The OIC meeting called on all member states to jointly work to restore peace in the country and to prevent Yemen from turning into a safe haven for terrorists and violent militias.

Arab Coalition: We are committed to war against al-Qaeda, ISIS and Houthis 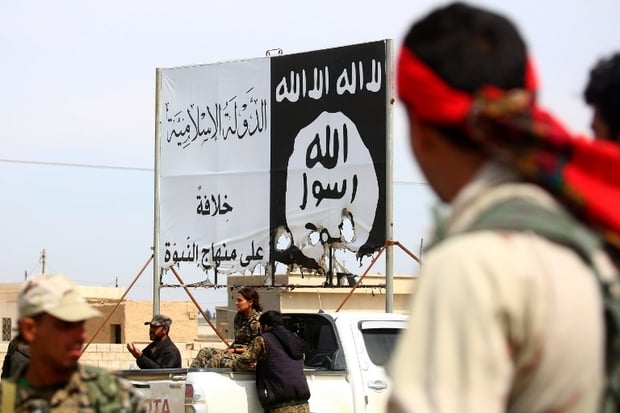