Tunisian security forces killed a senior member of al-Qaeda in the Islamic Maghreb (AQMI) who was wanted by Algeria for two and a half decades, officials said.

"A terrorist wanted by Algeria since 1993 was killed in an operation carried out by the Special Unit of the National Guard," Tunisian interior ministry spokesman Khlifa Chibani said Saturday.

A security source said the person killed was Bilel Kobi, an Algerian who was close to the network's leader Abdelmalek Droukdel.

Kobi had been charged with overseeing links between the network, known by its French initials AQMI, and its Tunisian branch, the official said on condition of anonymity.

More than 3,000 Tunisians have left over the last few years to fight for al-Qaeda, the Islamic State (IS) group and other militant factions in Iraq, Syria and Libya. Authorities are trying to prepare for the threat posed by their return.

Another Algerian, Bechir Bin Neji, thought to have been the commander of an AQMI cell in the Sammama region of Tunisia, was also found dead with an assault rifle by his side, Chibani said.

The Friday evening operation took place in the Mount Sammama area of central-western Tunisia, which lies in a range of hills that are a favoured hideout of al-Qaeda and IS.

It is adjacent to Mount Chaambi, considered to be the militants' main rear base near the border with Algeria.

The area is the scene of regular clashes between the army and militant groups.

Tunisian authorities announced last spring that they had killed several members of AQMI's Tunisia branch, which had claimed a series of deadly attacks against security forces.

Since its 2011 revolution, Tunisia has faced a militant insurgency responsible for the deaths of dozens of soldiers, police, civilians and foreign tourists.

Tunisia has been under a state of emergency since November 2015, when a suicide bombing in Tunis claimed by IS killed 12 presidential guards.

The last major attacks were a series of deadly operations in 2015 and an IS offensive into the town of Ben Guerdane on the Libyan border in March 2016. Syria child suffocates in ‘chlorine attack’ as 13 others are affected: Doctor 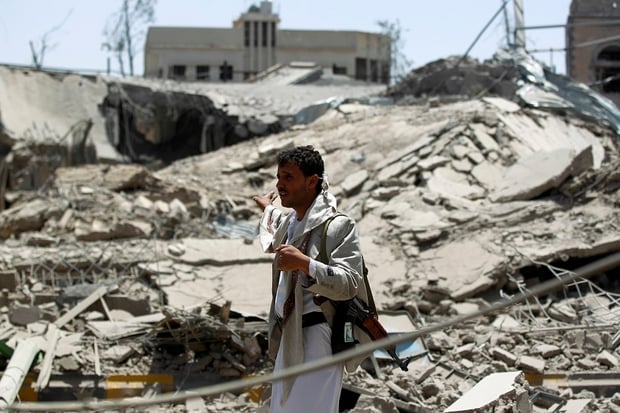