A number of Gulf countries are heading towards greater cultural and economic "liberalism", but not on the level of politics or governance.

In fact, these states are resorting to some form of social and economic openness precisely to avoid demands to inject a dose of political liberalism into their totally closed political systems.

Perhaps the most visible face of this paradox today is Saudi Arabia, along with the UAE and Bahrain. A group of Saudi "liberals" has recently taken centre stage in Saudi Arabia, replacing the Wahhabi sheikhs whose merchandise no longer appears desirable.

These sheikhs seem to have no function now other than to swear allegiance to the new rulers, and are otherwise seen as a liability for the Saudi state.

After a decades-long policy of religious conservatism, Saudi Arabia is seeking to shed its heavy Wahhabi heritage and move towards some form of cultural and economic pseudo-liberalism. It has thus imposed a sharp and rapid shift on its religious apparatus, which has long acted as an instrument for imposing discipline at home and promoting the Wahhabi ideology abroad.

Today, Saudi Arabia has orchestrated a coup detat against its own former stance at lightning speed, wiping its hands of a heavy legacy of Wahhabi militancy that it created and propagated over several decades

As such, it has become common to witness Saudi security forces intervening to prevent Mutaween agents (officials of the so-called Committee for the Promotion of Virtue and the Prevention of Vice, who formerly acted as religious police) from interfering in womens appearance, as they had done for decades, or aggressively cracking down on free mixing in streets and shopping malls.

In a very unusual sight in Saudi Arabia, a few months ago, the musician Cheb Khaled took to the stage in Jeddah, performing for a large audience that swayed to the strains of Algerian rai music.

That Saudi women have finally been allowed to catch up with most women around the world and obtain the right to drive a car is great. So too is allowing Saudis to enjoy leisure and entertainment activities, which have been permitted in much of the Arab and Muslim world for decades.

However, what would be even greater is to have these abrupt shifts accompanied by even a basic level of political openness, rather than the very opposite.

We would do well to remember, amid the loud cheers and eager applause, that it was Saudi Arabia itself, with its draconian religious ideology, that created the very problems it is bending over backwards and forwards trying to deal with today. To claim that this extremism is foreign to it is a historical distortion. It is the birthplace and fount of an extremist, distorted version of Islam.

Until recently, Saudi religious leaders had attacked reformist Islamic scholars and thinkers, going as far as to excommunicate them for simply saying that Islam does not prohibit women from driving, or for daring to maintain that democracy is not incompatible with Islam.

State-sponsored Gulf sheikhs have expended much of their energy on waging fierce battles against women, minority rights, other Muslim sects, and the idea of constitutionalism and democracy, based on a radical Wahhabi ideology. The Saudi state has dedicated massive resources – mosque pulpits, satellite channels and funds – to promoting these hardline religious interpretations throughout the Muslim world and beyond.

Today, Saudi Arabia has orchestrated a coup d'etat against its own former stance at lightning speed, wiping its hands of a heavy legacy of Wahhabi militancy that it created and propagated over several decades.

What we have in Saudi Arabia is the appearance of cultural "liberalism", reduced to a few concerts and shows here and there, coupled with some economic liberalisation, manifested in the trend towards privatising major state institutions such as Aramco – but the complete absence of the most minimal level of political liberalism when it comes to governance.

The sincerity of the Saudi elite's approach to liberalisation should be measured by the extent of its ability to liberalise the political field first and foremost.

MBS, and the million-dollar Saudi charm offensive you can't ignore

The shift to constitutional rule – the distribution of power, respect for individual rights, and an end to arbitrary detention and violations of the physical and moral integrity of citizens – is the primary measure of openness and emancipation.

Otherwise, all we have is a fraudulent liberalism whose only aim is to purchase the protection of the West. In a nutshell, what Saudi Arabia's new ruler is striving to do is buy America's silence, in return for a fake veneer of cultural openness and pumping billions into its economy through arms and investment contracts.

If the main difficulty lay in the scarcity of democrats, this would be less problematic, since the democratic system would be able to generate democrats.

However, democrats, where they can be found in the Arab world, are unable to build democracy on their own for one simple reason: political systems are bigger than the will of a few individuals.

It is clear that the Gulf monarchies are pushing towards a form of liberal authoritarianism based on a model of superficial openness at the cultural and economic levels, within an unprecedented level of political repression

To be more precise, in the case of the Gulf countries, the presence of semi-liberals chatting away in private and public councils does not necessarily produce liberalism. All it produces is a new form of authoritarianism in liberal clothing.

It is clear that the Gulf monarchies are pushing towards a form of liberal authoritarianism based on a model of superficial openness at the cultural and economic levels, within an unprecedented level of political repression.

What we are seeing is the replication of the Ben Ali and Mubarak model: a kind of pseudo-liberalism based on the creation of a new class of businessmen linked to those in power, with a small dose of cultural openness limited to dancing, music and soirees, surrounded by an arid desert of authoritarianism and political repression.

This was precisely the equation that generated the Arab Spring, and that may yet give rise to another chain of Arab uprisings.

– Soumaya Ghannoushi is a British-Tunisian writer and expert in Middle East politics. Follow her on Twitter: @SMGhannoushi

Photo: Saudis arrive to attend a panel discussion with US actor John Travolta at the Apex Convention Center in the capital Riyadh on 15 December 2017 (AFP) 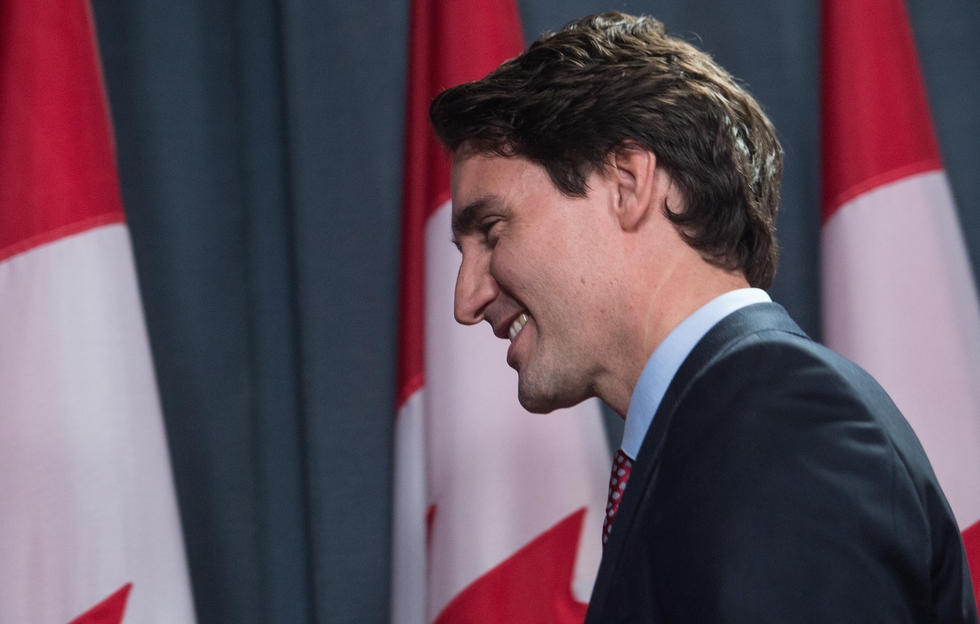