Paris: Saudi Arabias Crown Prince Mohammed bin Salman wrapped up his first official visit to France by meeting President Emmanuel Macron and holding talks on defense, security and economic issues – as well as sharing concerns over the apparent use of chemical weapons in Syria.
During a press conference at Palace Elysee, Macron said that France stands by Saudi Arabia and will not “allow” missile attacks from Houthi rebels in Yemen on Saudi soil. “It is obvious that we will not tolerate any ballistic activity that threatens Saudi Arabia,” he said.
On the issue of Yemen, the crown prince and French president agreed to hold a conference on the Yemeni issue next summer.
Macron also admitted that, although France and Saudi Arabia differ on the Iranian nuclear deal, it was “only tactically.”
Macron added that France agreed with Saudi Arabia on the need to curb Iranian “expansionism” in the Middle East, calling for “greater efforts to limit Irans ballistic activity and regional expansionism.”
The French president also said he supported the crown princes reforms in Saudi Arabia. He said the plan was the “focal point of three continents.”
The French president said his country and its allies are assessing the situation in Syria after chemical attacks and will “act soon.”
“Our decision will not target allies of the regime or attack anyone but rather attack the regimes chemical capabilities,” he told a press conference, insisting he did “not want an escalation.”
Macron said Frances information had shown “that chemical weapons were indeed used and that the regime could clearly be held responsible.”
His remarks came as US President Donald Trump prepared to announce whether he would carry out strikes over Saturdays suspected attack in which at least 40 people are thought to have been killed.
On Monday, Macron promised that the “heinous attack on innocent Syrians with banned chemical weapons” would be “met forcefully.”
Asked Tuesday in Paris if Riyadh could also take part in strikes against the Syrian regime, Crown Prince Mohammed bin Salman said: “If our alliance with our partners calls for it, we will step up.”
After a trip which has seen France and Saudi sign up for major cultural exchanges as well as discussions on the Middle East, companies from both countries signed draft deals worth a total $18 billion (€14.5 billion).
The memoranda of understanding cover sectors including petrochemicals, water treatment, tourism, health, agricultural and cultural activities, the French-Saudi business forum said in a statement.

Saudi Arabia to build canal and cut Qatar off from mainland: Reports Why Saudi Arabia cannot go to war with Iran 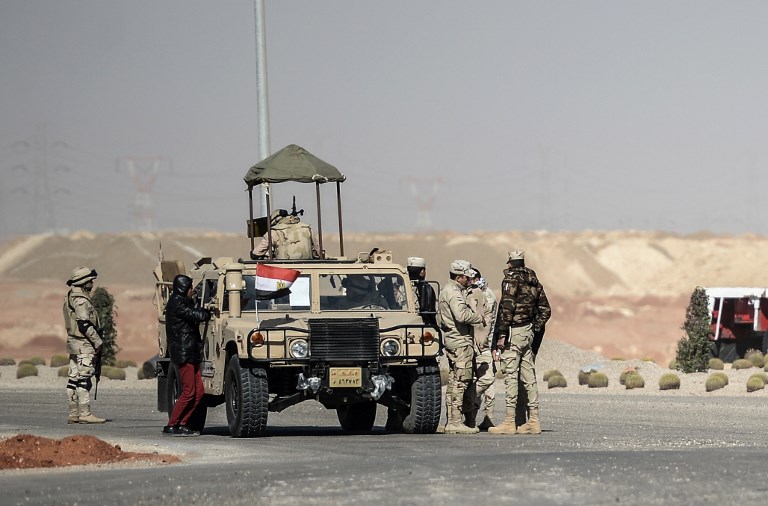