Saudi Arabia is all set to organize yet another mega cultural event, Souq Okaz, which has all the potential of becoming a major tourist attraction.

The 12th edition of the festival will begin in Taif on June 27 and continue until July 13 under the patronage of King Salman.

It is organized by the Saudi Commission for Tourism and National Heritage (SCTH) in cooperation with various government bodies.

The SCTH is working overtime to transform Saudi Arabia into a major global tourism hub. Commenting on the SCTH efforts, Taif University President Husam Zaman said the addition of new activities to the 12th edition of Souq Okaz will give a huge boost to the Kingdoms tourism sector.

The academic said the SCTH is building a unique tourism and cultural ecosystem in Souq Okaz. The success of the SCTHs efforts will transform this annual festival into a modern event, he added.

He was of the view that the repackaging of Souq Okaz was in line with the Kingdoms policies aimed at diversifying its economy and reforming all sectors.

There are more than 30 facilities equipped to host the shows and events at the festival, in addition to the Prince Khaled Al-Faisal Theater, the open stadium for popular art, auctions and souvenir shops. The souq will also feature shops for craftsmen, restaurants, a media center and a mini horseracing track.

Okaz Avenue for Culture, organized by the SCTH, is one of the souqs most important features, which this year will host more than 150 attractions, including heritage and cultural events, theater performances, and arts and crafts.

New events this year include presentations of stories from the life of poets such as Amr bin Kalthoum, Antra bin Shaddad, Zuhair bin Abi Salma, Emreo Al-Qais, Tarafa bin Al-Abd, Al-Asha and Qais Saeda, along with many other shows.

“The project will be the first all-inclusive tourist attraction in Saudi Arabia and is expected to attract more than 2 million tourists every year and will help boost the gross domestic product by SR9 billion, and create 12,000 new job opportunities,” Zaman said.

He also believes Souq Okaz will provide a good environment for investors.

The president of Taif University said the completion of the Souq Okaz city is one of Vision 2030s targets, which include rapidly establishing and developing tourist attractions and encouraging the private sector to invest in them.

He said: “Through our contribution to the preparation and implementation of the cultural program of Souq Okaz, Taif University aims to link the projects activities with the objectives of Vision 2030 and the National Transformation Program 2020 by supporting the arts, cultural, and tourism sectors.

“The efforts of Taif University and its partners in this project will have a significant impact on refining the skills of local artists, improving domestic products, and strengthening the Kingdoms international tourism status.”

According to Zaman, Taif University is keen through its role in the cultural committee to present an interactive cultural program during the festival.

“The program will be full of cultural seminars, poetry and literary and creative competitions,” he added.

The academic said the cultural program of Souq Okaz is renewed every year, and among development efforts, the cultural committee decided to restructure the contests of the festivals 12th edition.

“This years contests include the Souq Okaz Film Contest,” he said, “It targets the Kingdoms filmmakers who managed to turn their creative ideas into films and aims to encourage competition among them and promote creative thinking that contributes to supporting the economy.”

“The cultural programs development initiatives also include an international calligraphy award and a graffiti award,” he said.

“The committee has also decided to expand the theatrical performance contest to accept participants from other Gulf Cooperation Council countries.” 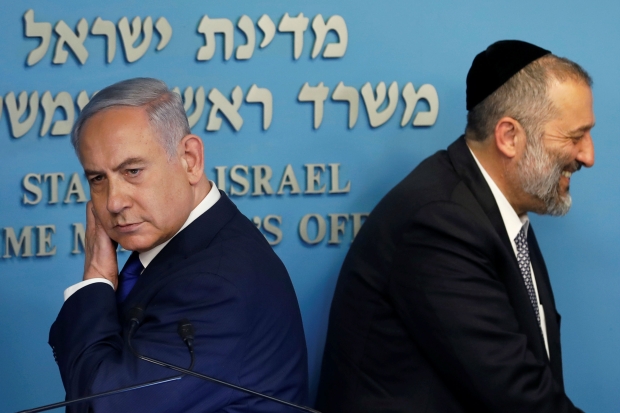 Israeli lawmaker harasses families of Palestinian prisoners on a bus