JEDDAH: Prince Khalid bin Salman, Saudi Arabias ambassador to the US, has reiterated his condemnation of the Iranian regimes “menacing role” in Yemen.

His remarks on Twitter on Friday came days after Saudi Arabia resumed shipping through the Bab Al-Mandeb.

Maritime activity had been temporarily halted following Houthi attacks on two of the Kingdoms oil tankers.

“There should be no doubt about the Iranian regimes menacing role in Yemen,” the prince said, referring to Iranian Revolutionary Guards (IRGC) Commander Nasser Shabanis admission that the regime was behind recent attacks on the two oil tankers.

IRGC General Shabani admits his regime was behind the July 25th attack on Saudi oil tankers in the Red Sea saying “We told the Yemenis to hit Saudi tankers, and they did it, Lebanese Hezbollah and Yemeni Ansar Allah [Houthis] are our followers.” The post was later deleted. pic.twitter.com/Ak1SVFBQMq

According to the Iranian news agency Fars, Shabani said: “We asked the Yemenis to attack the two Saudi oil tankers, and they did.”

The article has since been removed from the agencys website.

Shabani has also said that Hezbollah in Lebanon and the Houthis in Yemen were Irans main pillars in the region.

“There should be no further doubt of the Iranian regimes menacing role in Yemen and its disregard for human suffering and the environment,” Prince Khalid tweeted.

He attached a screenshot of the original article in which Shabani made the statements to another of his own tweets: “IRGC General Shabani admits his regime was behind the July 25 attack on Saudi oil tankers in the Red Sea saying We told the Yemenis to hit Saudi tankers, and they did. Lebanese Hezbollah and Yemeni Ansar Allah (Houthis) are our followers.”

The Arab coalition announced on July 25 it had prevented a Houthi attack targeting two Saudi oil tankers in the Bab Al-Mandeb, off Yemens west coast. One of the tankers suffered minor damage.

Meanwhile, experts said the US was bracing for cyberattacks Iran might launch in retaliation for the reimposition of sanctions by President Donald Trump. Concern over a possible cyber threat has been growing since May when Trump pulled out of the 2015 nuclear deal.

“We have seen an increase in chatter related to Iranian threat activity over the past several weeks,” said Priscilla Moriuchi, director of strategic threat development at Recorded Future, a global cyber threat intelligence company.

The US says it re-imposed sanctions on Iran to prevent its aggression — denying it the funds it needs to finance terrorism, its missile program and forces in conflicts in Yemen and Syria. ThePlace: The Prophets Mosque in Madinah 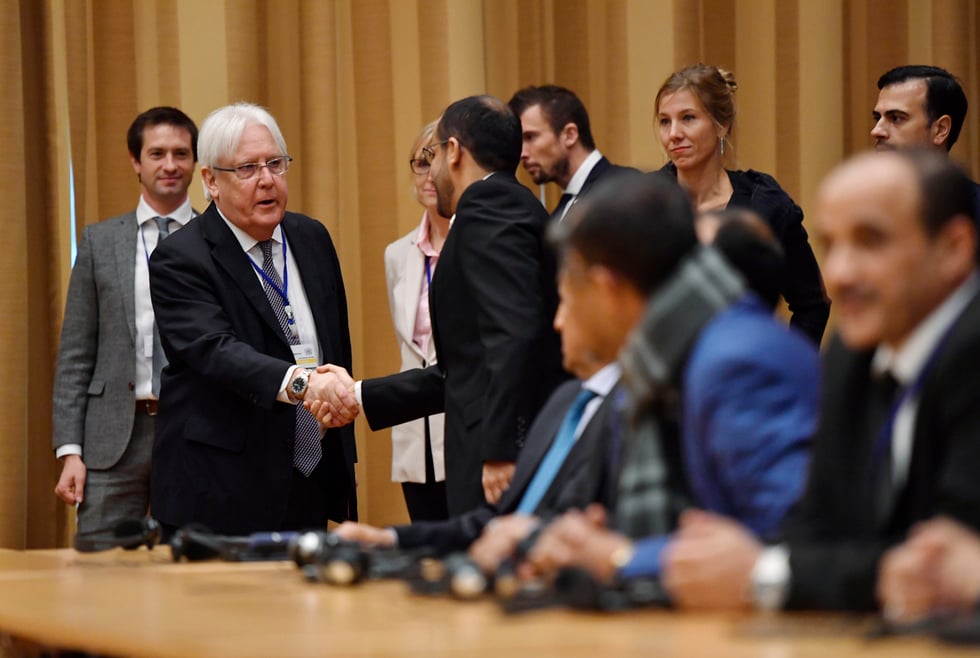